A Longer History of the Delphi Opera House

A Longer History of the Delphi Opera House 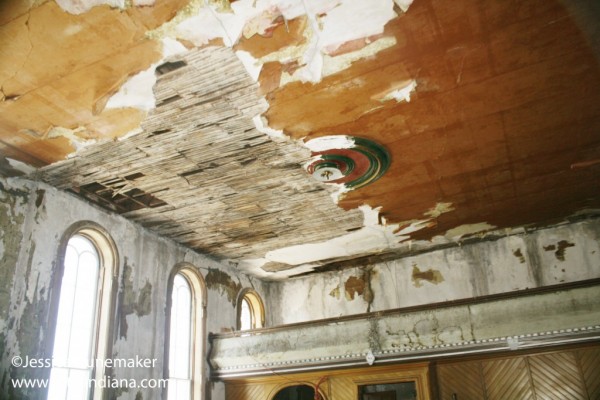 The Delphi Opera House in Delphi, Indiana is simply beautiful.

Okay, maybe it isn’t exactly ready for putting on shows just yet–but give it a few years, lots of renovation, and you’ll see it too. The details are just incredible. 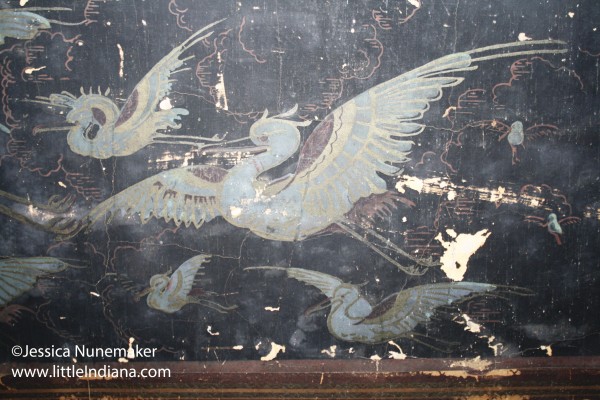 Built in the Italianate style in 1864 by Mr. Cook from nearby Lafayette for merchant Joseph Assion and John Ruffing, it originally contained three retail shops on the lower level, office and rental apartments on the second floor, and a meeting room on the top floor. It was then known as The Assion-Ruffing City Hall.

This wasn’t ever a city hall. At least, not the way we think of it. It was a space made for the public to get together and socialize. 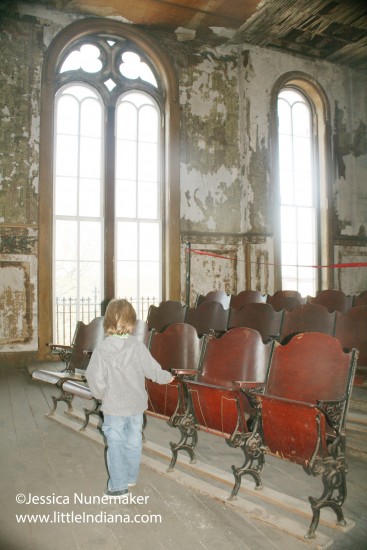 Delphi Opera House in Delphi, Indiana: You Can See from the Photo How Tall the Windows are Compared to the Child.

The first event held at the new building was on June 27, 1865. It was to honor Company B, 86th Indiana Volunteers, and other soldiers who had returned from fighting in the Civil War. Just imagine the way it must have looked back then.

Dinners and concerts, dances and theater performances were all held at the Assion-Ruffing City Hall. It was a place to see and be seen.

By 1881 it had seen years of use. John Lathrope, a cornet player and part of the area-famous Silver Cornet Band, owned a restaurant and bakery that was also located in the building. He and John Ruffing got together to turn the third floor space into an opera house fit for a king.

It sounds like Lathrope was just the man for the job. He was known for having fine (read: expensive) taste. He seems to be credited for the fine details inside the gorgeous space. According to the Opera House website, Lathrope:

outfitted the opera house with fine wall and ceiling papers. Demorest folding opera seats were installed on the newly-laid tiered floor and in the gallery.

The stairs were switched around, too, something that would not have been inexpensive! But it was necessary. After all, the new stairs needed to face the street in order to provide an easier entry for the number of people expected to enjoy the fine new digs. It was enlarged to hold 500 seats.

On April 7, 1882, the doors were opened to reveal the fabulous new decor. All the big wigs were present to see not only the fancy new Opera House, but to enjoy the well-known act, the Litta Grand Opera Company from Chicago. 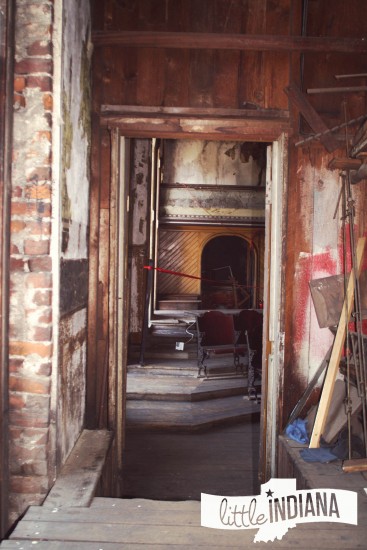 Marie Litta is an interesting story herself. Her father was a music teacher. When he was tasked with teacher her mother to play the piano, they fell in love and married. At the age of four, Marie showed musical talent which her parents quickly nurtured. As the years went by, her soprano voice grew strong.

Her actual name, Von Elsner, was changed to one of Italian nobility because her big debut was to a French crowd in Paris 1877–and her German name wasn’t going to fly. It wasn’t a bad move for an opera singer. She finished out the opera season in Paris, spent some time in Vienna, then returned to the States.

Litta began a nationwide tour with the Max Strakosh Opera Company in 1879. Two years later she began the Litta Concert Company. She did so well she was able to buy her mother a house–her father had died shortly before she made it on the opera stage. That’s when she made her way to Delphi, performing to a packed house.

In the spring of 1883, Marie fell ill. But, she still had a tour to finish, and she didn’t want to cause her manager to lose any money, so she kept touring. She collapsed after a performance in Michigan. She never recovered and died July 7, 1883. She was only twenty-seven years old. 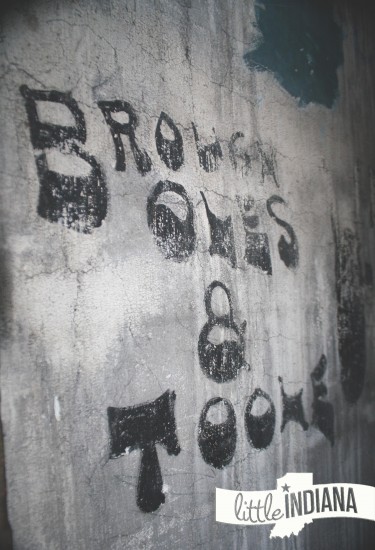 Delphi Opera House Back Stage Drawings from Actors and Actresses

Two or three performances were given each week at the Opera House. Traveling troupes, concerts, and minstrels-there were a lot of different entertainment options. It was a busy, bustling place! Big names were invited in.

Even James Whitcomb Riley read from his work on that stage. Community celebrations and club meetings used the space. It was a real boon to Delphi.

In fact, according to the Delphi Opera House website, the Delphi Dramatic Club put on a new production each month–and had members numbering around 150! But it was all about to change.

By 1910, movie theaters were taking over the entertainment realm. Third floor opera houses, like the one in Delphi, were losing their popularity. Things took a turn for the worst after the big  Dryfus Theater fire in Lafayette. The Fire Marshall shut down the Delphi Opera House–it only had one exit. Not a good place to be if you are on the third floor and there is a fire.

So, the place sat, was relatively unused, and began its slow decay. For decades, the Delphi Historic Preservation Society had been working hard to secure funding to fix it up and bring it back to its former glory.

Now that day is almost a reality. They are putting the finishing touches in  place to begin what can only become a long-term renovation. The ending of which, I am sure, will be remarkable and entirely worth it. 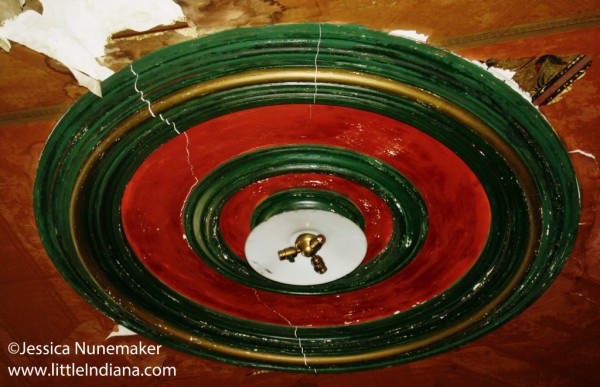 The Delphi Opera House is an interesting history-filled tour and a wonderful way to spend an hour or two. I very highly recommend it. Get in before the doors are closed and renovations begin.