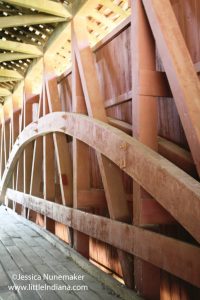 The covered bridge in Dana, Indiana has been around since 1876.

While this bridge is no longer used for cars and trucks, it is still capable of handling foot traffic.

If you head over to the rest area where Ernie Pyle’s Monument Marker Replica is located, you can’t help but notice the awesome wooden bridge spanning across a creek bed right nearby.

The creek was completely dry at the time of this writing so we were able to climb up underneath and take a peek at the underside of the bridge, too.

As I said, the creek bed was completely dry and, well, we have a 5-year-old who was curious to see more. The covered bridge basically connects two parts of the park together. We carefully climbed down the rocks and looked around. You’ll never guess what we found.

Besides the many bird nests (neat), an old giant wasp nest (eek!), we discovered a marriage proposal written on a beam. “Will you marry me?” Was this for real? Did these two actually tie the knot at some point? We’ll never know. But it was kind of neat to see. 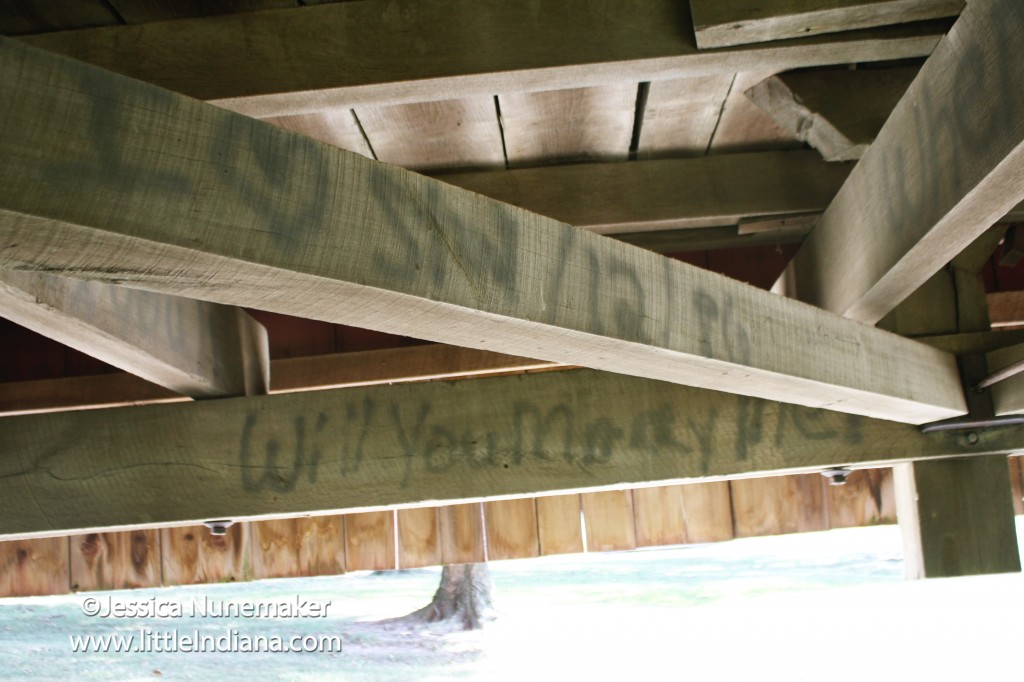 There are some rather neat touches to the covered bridge in Dana, Indiana.

There’s a big arch that spans the length of the bridge, the glimpse into the way it was constructed and made, and the history behind it. Think of all the people who once depended on this bridge when riding along in their horse and buggy.

While it’s too bad that people felt the need to mark up parts of the inside of this covered bridge, reading the names and dates is something I find rather intriguing. There are some that go very far back. 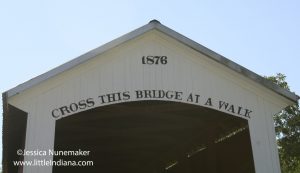 Much like my fascination with a good Indiana cemetery, I can’t help but wonder who these people are and I am curious about what brought them to Dana, Indiana.

Visit the Dana, Indiana covered bridge for a neat peek into the past.