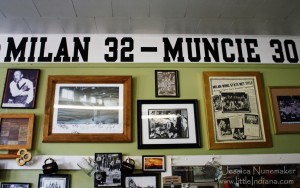 Milan, Indiana is a small town with a story you may have heard before.

This is the home of the 1954 Ripley County basketball team that inspired the hit movie!

This was in the days before high school class ranking. So tiny Milan High School, with a whopping enrollment of 161 students (58 of the 73 boys in the school tried out for the team) moved up in the ranks.

The final game, the State Championship, pitted the Milan Indians against the Muncie Bearcats, a giant school with a whopping 1660 enrolled!

Muncie had it all. The original coach for Milan was fired over ordering new uniforms over the head of the superintendent, and yet? Milan made an end of game basket that won the game! This museum is a tribute to that achievement. 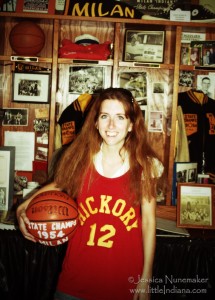 You know us small Indiana town folks. We tend to hang onto things. We keep newspaper clippings to pass along to the folks that are featured in them. We take pictures or videos in the hopes of passing those along too.

It only makes sense that people in the town decided to organize a space for their heroes. The Milan Hoosiers Museum is built up from items that townsfolk possessed and passed on to the museum as they came across it! One such a find is the first aid kit that was actually there at the game. Stored in the garage of the previous owner, it was donated to the museum when the owner was “going through things.”

This is basketball country. That’s never more apparent than when you are standing in the middle of this Indiana museum and find yourself surrounded by basketball things.

The Milan Hoosiers touched the hearts of many. See Western Union telegraphs, handwritten letters, and my favorite, a congrats letter. It’s not just any congrats letter. This one is signed by all the patrons in a small town diner. It just goes to show just much this win impacted the Hoosier community at large. 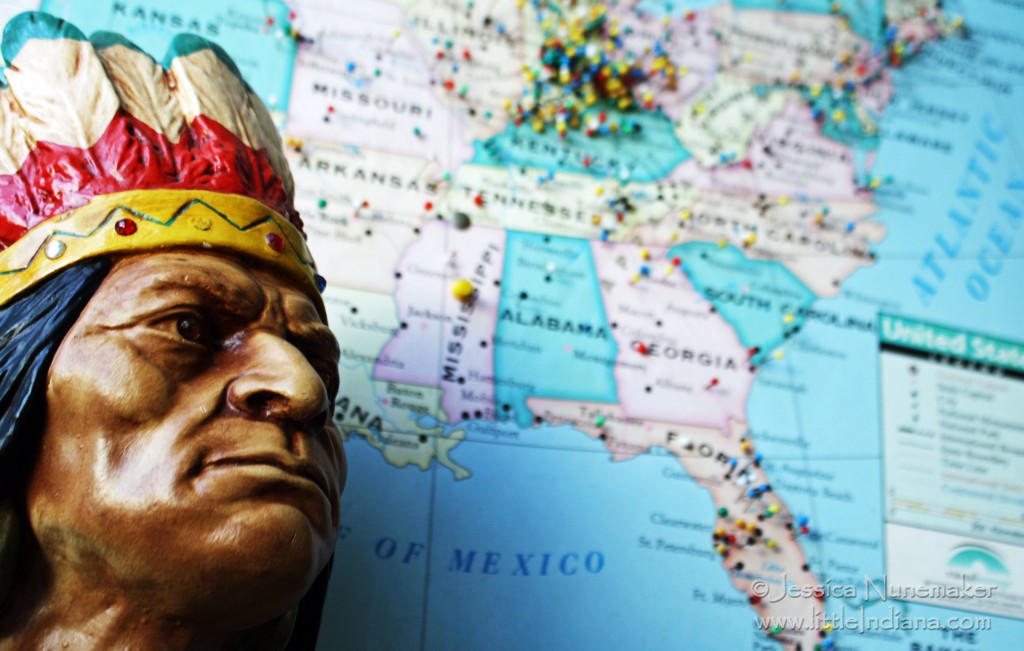 This is an info-packed tribute to the amazing Milan ’54 basketball team. Go there and soak up the Indiana history.

This little museum has some big plans. Think the building is full of stuff? There’s 50 other totes of memorabilia just waiting for a chance to be permanently placed in the roomy building next door. They are gladly accepting donations.

Special thank you to Roselyn M (Milan’s biggest cheerleader!) at the Hoosier ’54 Museum for opening up on her day off! It was greatly appreciated. Thanks also to Katherine Taul of Ripley County Tourism for taking us there! Opinions, as always, remain my own.