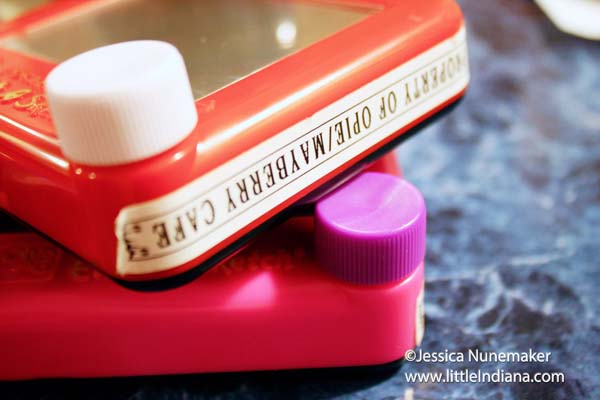 Mayberry Cafe in Danville, Indiana is where the locals go for family friendly dining.

This Hendricks County restaurant is the one with a classic police car in the front. You know, the type of car that, say, one of the fine folks from Mayberry might possess! 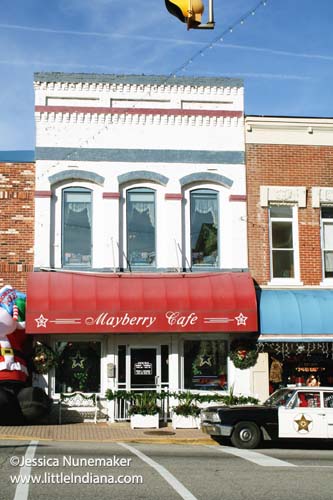 After the magical Christmas on the Square experience, I can’t think of a better place in which to share a meal. Mayberry Cafe is quaint, it’s cute, and it’s definitely got that wholesome Andy Griffith vibe going for it.

This place is very large. While Danville may be a small Indiana town, Mayberry Cafe seems as though that have enough space to fit half of it!

I may be exaggerating a tiny bit–but there are two stories of comfortable seating that look just like something from Andy Griffith’s Mayberry.

I love a good small town menu. Homemade meals and a few fun and unexpected choices. I kept waiting for Aunt Bee to scurry out of the kitchen.

It is also super kid friendly! Right away the server handed the kiddos small Etch-a-Sketches. Our boys received a token apiece to use either for a prize at the end of their meal or for a scoop of ice cream for dessert! Is that cute or what?

My husband, Jeremy, went with the flatbread pizza: Chicken, mushrooms, spinach, and mozzarella cheese with homemade Alfredo sauce. Served with a side salad, it was very well-rounded. Sometimes, you just want a burger. It was good, too.

We got a basket of bread. I ate an embarrassingly large amount of the cute little loaf. I may have elbowed Kid #1 away at one point. 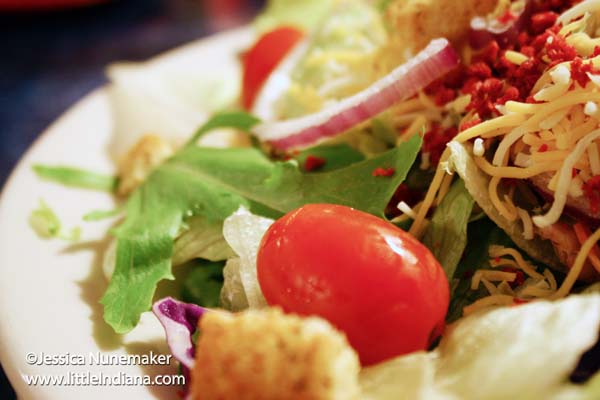 Browse the walls and look at all the Andy Griffith show memorabilia. There’s autographed photos, Andy Griffith playing on TV’s scattered through the restaurant, and that good old small town friendliness.

Check out the classic car in the front before you leave–it’s nicely decorated for the Christmas season. But whatever you do–don’t leave without dessert!