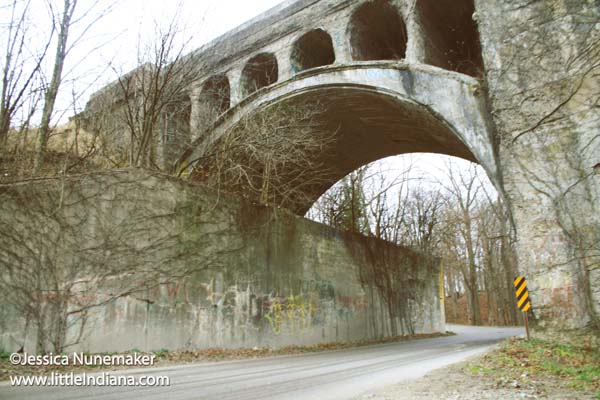 When asking for directions to the Twin Bridges in Danville, Indiana, I frequently got a blank stare.

Apparently not everyone realizes what a treasure they have in these Hoosier bridges. But for the rest of us who lack such an arresting feature in our Indiana towns (or just enjoy them in general)–it’s incredible. 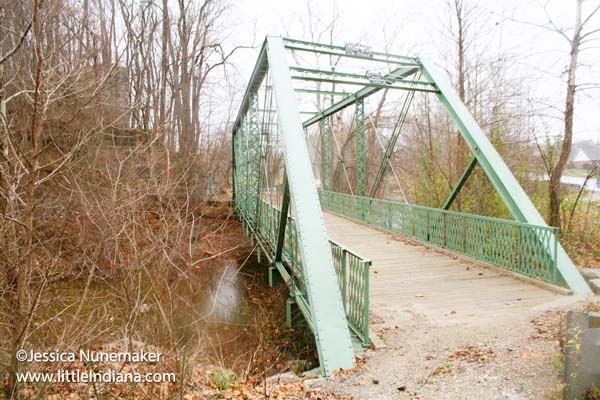 Now that I know an Indianapolis-based photography club is busy browsing through little Indiana looking for good locations to shoot–I had to mention this stunning Indiana bridge!

It’s not the safest place in the world to stand, however, that is for sure!

With oncoming traffic zipping around the bend as well as a stoplight and curve behind you, I admit I sometimes question my sanity. Somehow, it’s always pushed behind the desire to share little Indiana with you all! And what better way than with a photo? 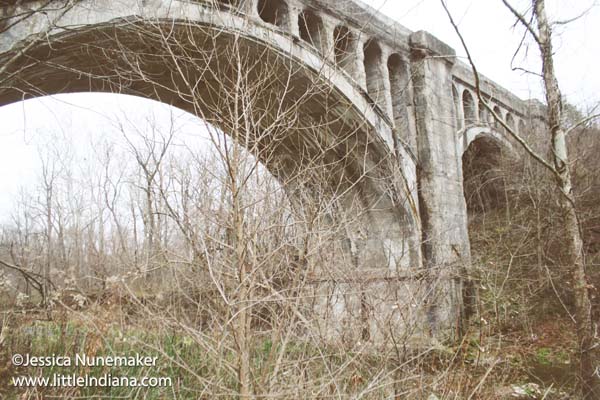 Known as the Twin Bridges, there are actually two bridges right next to each other.

This phenomenal railroad bridge as well as an equally sharp iron bridge right nearby. The railroad bridge is just…creepy. Towering over the road, you can’t miss this one!

Built in 1906, I’m told there once was an iron bridge here before the concrete bridge took its place. A part of that bridge still lingers on–and makes up the other part of what they call the Twin Bridges.

My tip? Pick better weather! I managed to shoot these lovely Indiana bridges on a cold and rainy day. Not cool. Not cool at all. Still, the wetness of the day sure brought out the color!

When you are done? Well, I know more than a few great places to eat and play in Hendricks County that you won’t want to miss!