Many Indiana courthouses are truly unique–take the Spencer County Courthouse in Rockport, Indiana, for instance. Perched on top of a bluff near to the Ohio River, the Spencer County building is the focal point of the town square.

It is an impressive building on the outside, but the inside of this Rockport, Indiana courthouse will really wow you.

Step inside this county courthouse and step back in time, back to 1921. Marble-trimmed walls and flooring pair up with lovely woodwork throughout all three levels in an expansive rotunda.

But the icing on the cake is this: the large domed ceiling. It is nothing but gorgeous stained glass. It is fairly reminiscent of the Delphi, Indiana courthouse. Same designers, perhaps? 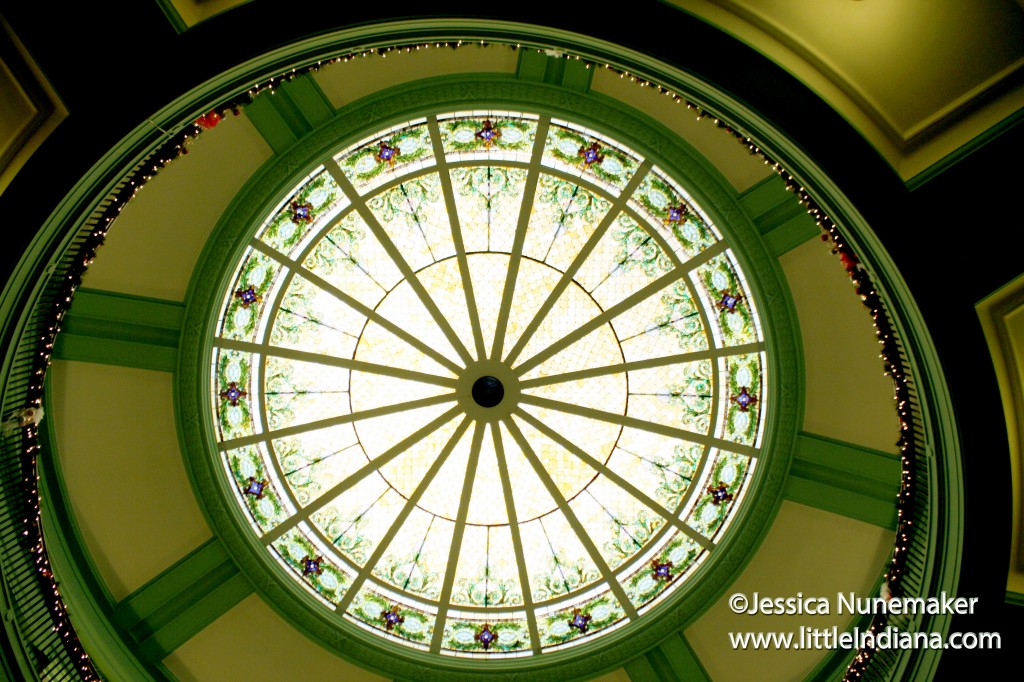 This is an easy Spencer County attraction to hit–especially if you make it a point to catch the annual Rockport talent show held every December. Have you heard about this much-anticipated seasonal event? It’s one of my all-time favorite little Indiana events. Such talent. Such fun.

Town folks take to the stage to showcase their amazing musical skills. It was incredible. You can tell that by following the link to it above. But more than that, it also offers you a glimpse of an unusual space that isn’t usually available for public viewing.

Downstairs in the Spencer County Courthouse lies a room that’s been untouched since it was built and very seldom used. Tucked away in the basement of the courthouse is a large room with a stage.

Wooden chairs from the 1920’s, complete with a space to hang your hat, take up a large area–two levels worth! They overlook a stage where once upon a time an annual teacher’s convention was held. Now, it’s used for the annual talent show and that’s about it. 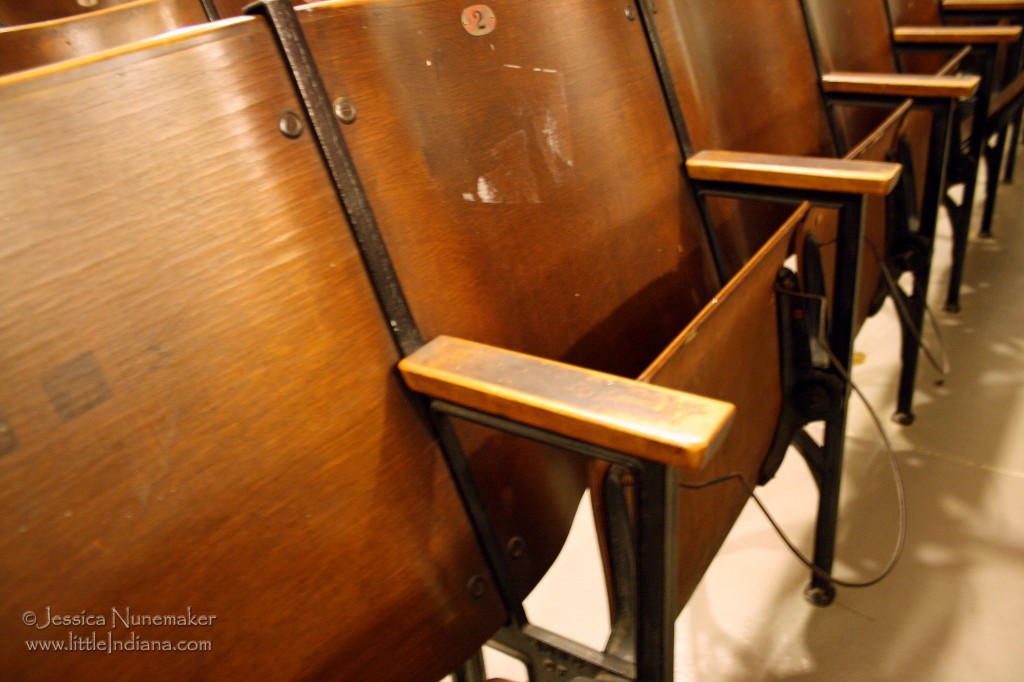 Make it a point to stop by the Spencer County Courthouse in Rockport, Indiana during business hours and appreciate the attention to detail. That domed window is something else.