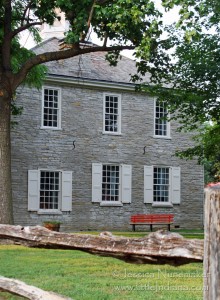 Corydon, Indiana was the original site of the state’s first capitol.

Built between 1814 and 1816, this Harrison County attraction is impressive and unique.

This wasn’t its first move. Relocated from Vincennes when Indiana and Illinois territories split, there needed to be somewhere more central. Corydon, then, was a move toward a more central capital location.

This was going to be the courthouse for Harrison County. Federal style and composed of limestone, the stone came from local quarries.

But then things changed. The purpose of the square building changed from County Courthouse to Capitol Building.

The first draft of Indiana’s state constitution was written under the shade of an elm tree–the same elm tree trunk that is there today, the Constitution Elm (as it is so called). Though long since dead (Dutch Elm Disease in the 1920’s), it’s a neat tribute to our past.

December 11, 1816, Indiana became a state and Corydon became state capital. Well, until 1825, when it moved. Again. This time, I am pretty sure you know where. 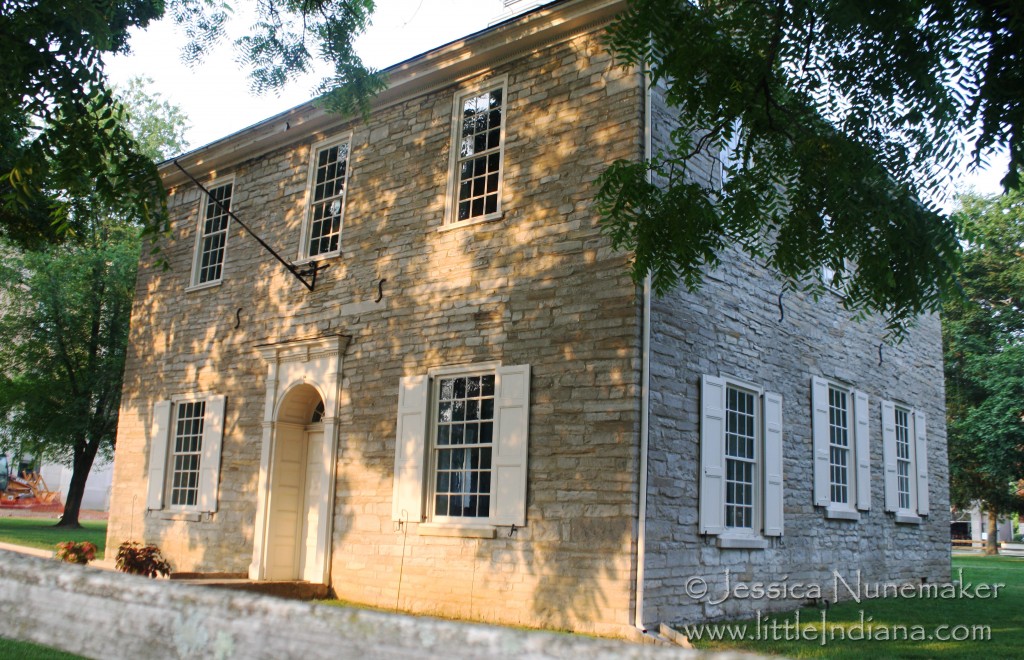 Now a memorial to our past, the Corydon Capitol State Historic Site in Corydon, Indiana is one of eight buildings in the district that have been around since Indiana was a territory.

It has also been completely restored. The only thing missing is the original bell tower. Now that’s some Indiana history for you.