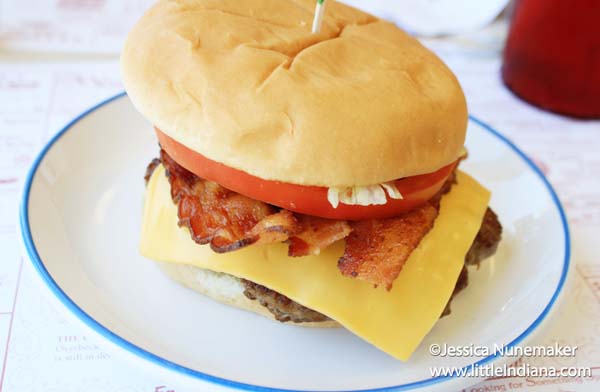 Counter seating at one end, family dining in the back, and a few tables by the windows, this Wayne County restaurant had great atmosphere! 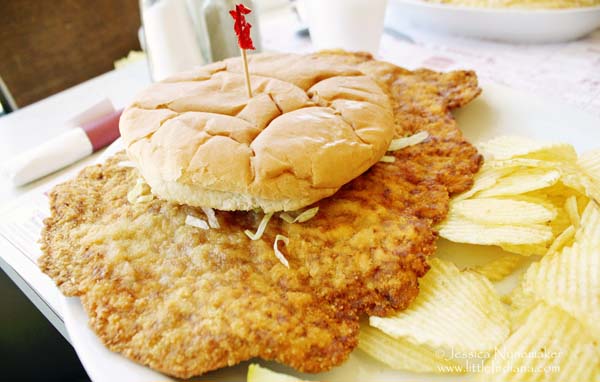 Looking over the menu, there were a couple of items that caught my eye. But I was on a mission.

I had heard more than once that Lumpy’s Cafe serves the best Pork Tenderloin Sandwich. Would this Indiana town restaurant live up to the hype?

My husband went for the Bacon Cheeseburger, Kid #1 ordered Chicken Strips, and Kid #2 got the Hot Dog (surprise, surprise). 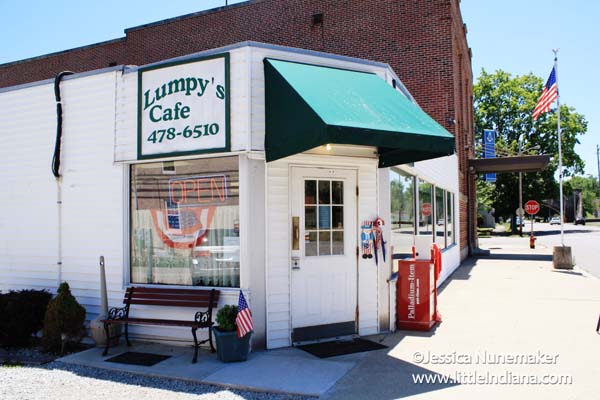 After our order, we had a chance to chit chat with Angie Dixon, the manager at Lumpy’s Cafe.

She mentioned that one of their regular customers always heads down to Florida for the winter. Before he leaves, he orders 30 of their pork tenderloin sandwiches, and thus ensures he has enough to last him and his wife through the winter! At the time I thought that was a little silly…but after just one bite of my fresh hand-breaded Pork Tenderloin Sandwich, well, here I am mere days later and I am craving one of those like nobody’s business. Where’s a freezer full of Pork Tenderloin Sandwiches when you need one?

My husband, Jeremy, had a good burger, the kids were pleased–but nothing compares once you’ve tried Lumpy’s Pork Tenderloin Sandwich. You’ve been warned.

I know there’s a whole debate about the sizing of your pork tenderloin sandwich. If it sticks out of the bun too far, not far enough, I don’t even care. What I do care about is flavor. Lumpy’s Cafe serves a Pork Tenderloin sandwich the likes of which I have never had anywhere.

Thin with a bit of crispiness, it was perfection in a sandwich. You know what to do.

Special thanks to Wayne County Tourism for hosting our stay. Opinions remain mine and mine alone!