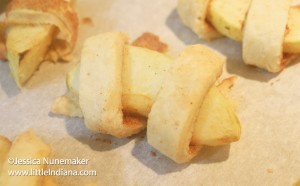 Kid #1 is a huge fan of apple pie but with only 3 1/2 of us in this house, I don’t usually make it unless we have company–so when I saw this recipe for Apple Pie Bites, I knew we had to try it!

Think of Apple Pie Bites like a hand-held apple pie. But instead of pastry entirely closing the apple and filling, it’s basically just a cinnamon and sugar covered apple with pastry twisted around.

Yes, this unique take on a recipe for handheld apple pie pretty and surprisingly fast to make! Warm out of the oven, they are delicious! I believe this would be a fun addition to a bake sale or side item at one of those church chicken dinners. From Taste of Home October 2011. 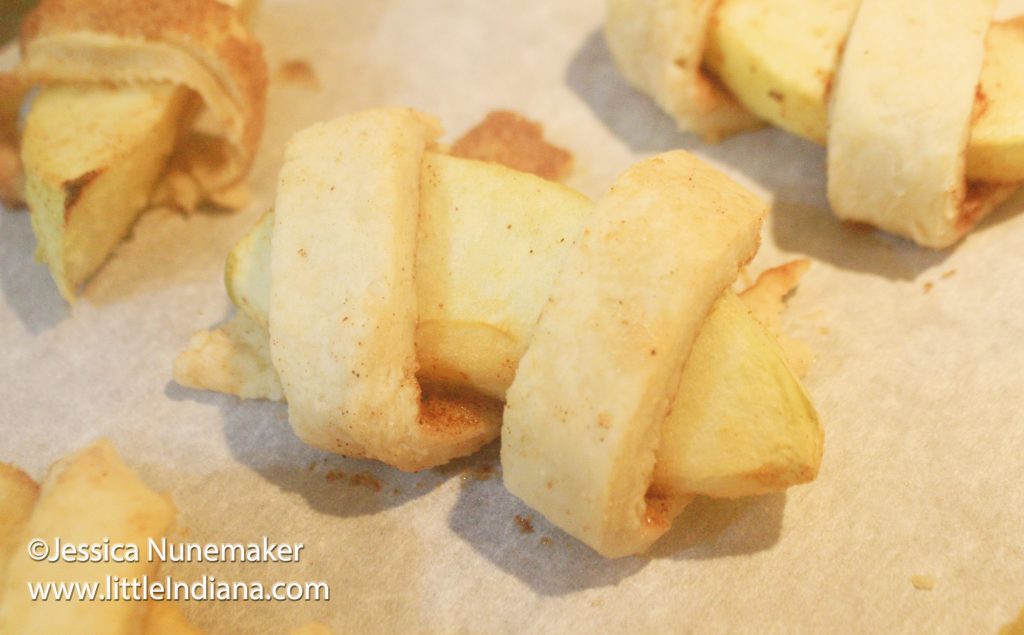 dessert recipes,
jessica nunemaker,
pie recipes
© 2022 Photos are the Property of little Indiana. Do Not Use Without Permission.
http://littleindiana.com/2012/12/apple-pie-bites-recipe-or-handheld-apple-pie/