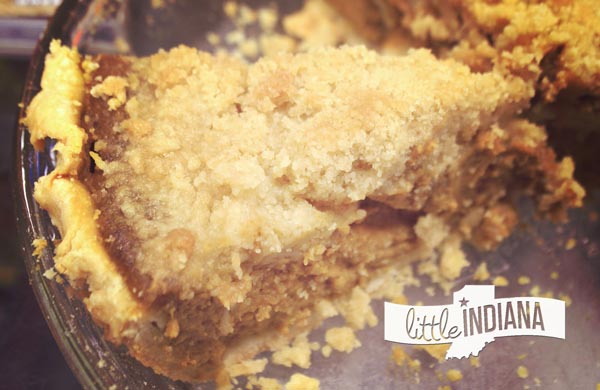 I brought the whole pie to my parents’ small business–and my dad raved about it! We ended up leaving behind the remaining half a pie because my dad was such a fan. I hardly had time to take a photo before everyone dug in. There’s a reason why the image looks a little rushed. It was! It’s hard to concentrate when there are five people staring you down and pleading with you to hurry.

It is the kind of pie that, when you see it, you know it will forever rank in your top ten list of ultimate pies. This pumpkin pie recipe is sturdy. You don’t need to worry about babying it on the way to the in-laws. It’s more filling than the typical wimpy, un-topped pie. It is also the sort of pie that people will fight over when they realize there is only a single slice left.

Those are the requirements that a pie must meet when I bring it somewhere. No one likes to be the one to bring a dish that no one touched (or only took a petite “polite” helping). This recipe guarantees a hit every time. It will become a tradition. I know that I now make this pie for both Thanksgiving and Christmas. 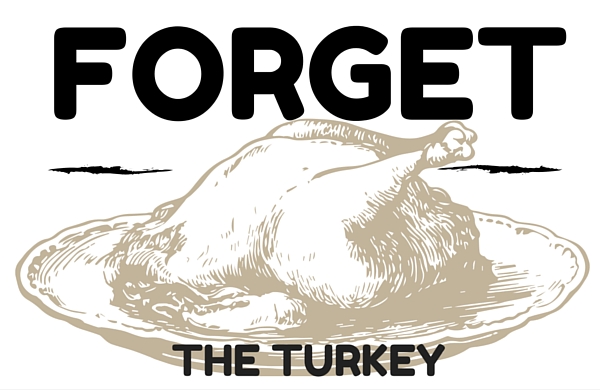 With all this talk of holidays, I wondered where pumpkin pie fit in. Whomever dreamed up this invention? Pumpkins are believed to have originated somewhere in Central America. Seeds have been found that date back somewhere around 7,500 years.

The Greeks are credited with the pastry shell and termed pumpkin, “pepon.” You can kind of hear how the word was massacred over the years to become the pumpkin of today. If you have ever played, “Chinese Telephone” (a favorite from Girl Scouts) then you know what I am saying. The Romans got creative, adding meats. While I don’t mind a good meaty pie (you have tried my recipe for pizza pie, right?), I don’t think that would make the best ending to a Thanksgiving dinner.

LiveScience points out that it wasn’t something that the Pilgrims in the New World ate, at least, not willingly. It was what they termed a “survival food.” The usual European crops weren’t going to grow in time so, the Pilgrims included pumpkin. It was primarily used as a savory, and not a star in dessert recipes. According to History.com, “In 1654, Massachusetts ship captain Edward Johnson wrote that as New England prospered, people prepared ‘apples, pears, and quince tarts instead of their former Pumpkin Pies.’

So, did the people of New England then place the pumpkin at the bottom of their food chain? It seems to me that they moved away from pumpkin and embraced foods that they deemed more worthy of their attention! It makes sense. If you subsisted on the same type of food, and didn’t have much of a choice about it, it probably lost its appeal.

Funny that we now choose to include pumpkin pie as a part of our standard Thanksgiving feast to honor those early settlers when, in fact, we should probably be dishing out quince tarts. But things change, as they do. When you have a bounty of food, you get creative, because you can. The 18th century saw a change in status for the pumpkin in America. History.com again shares that, “In 1705 the Connecticut town of Colchester famously postponed its Thanksgiving for a week because there wasn’t enough molasses available to make pumpkin pie.”

by Amelia Simmons was not only the first American cookbook, but it was also the first cookbook to include pumpkin pies. She included two different recipes, one of which is something similar to what we know and love. Can you imagine? I think my husband shares their feelings. After baking this ginger streusel topped pumpkin pie recipe, I think I may too.

Now you know a little more about how pumpkin works itself into our food culture. Add it to your dessert table this Thanksgiving. Of course, you know I recommend the recipe below. I do not use the ginger chunks but instead throw in a little ground ginger. Same flavor, but it is what I can find in my small town. From Ginger-Streusel Pumpkin Pie in Taste of Home October/November 2008.

dessert recipes,
jessica nunemaker,
pie recipes
© 2022 Photos are the Property of little Indiana. Do Not Use Without Permission.
http://littleindiana.com/2013/01/ginger-streusel-topped-pumpkin-pie-recipe/