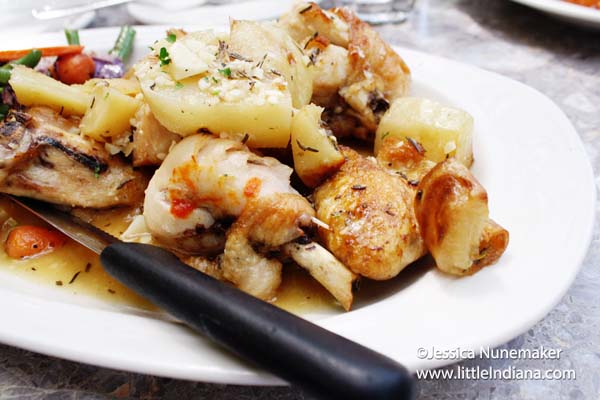 Lucrezia Cafe in Chesterton, Indiana has an interesting story. It also serves some of the most gorgeous food we have seen (and enjoyed) yet.

As the first lady of Ferrara, Lucrezia Borgia (1480 – 1590) achieved a social status never seen before in that region, at that time. Typically viewed as an “enlightened ruler,” Lucrezia was the illegitimate daughter of Vanozza and Cardinal Rodrigo Borgia, who later became Pope Alexander VI. She was reported to have been fluent in Italian, French, Latin, and Greek. 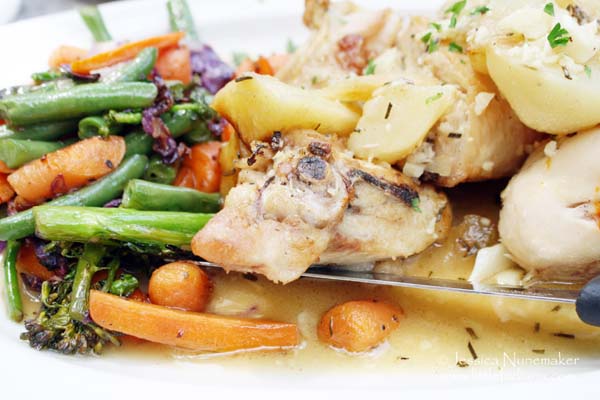 Her father used her for political advantages, marrying her off as he pleased. Her first marriage occurred to a man she reportedly didn’t love, Alfonso of Aragon. No big surprise there. It was annulled after four years, citing that it had never been consummated. While the family handled the annulment details, she hung out in a content–and six months later gave birth to a son (who was kept hidden for the next three years). No one is sure who the father is.

Meanwhile, her father found her a more advantageous married Alfonso of Aragon. Alfonso was a 17-year-old Duke of Bisceglie–and son of the late king of Naples. They had a son together. But two years later, the Borgia family wanted a stronger, French-connected arrangement, and Alfonso was in the way. Borgia’s brother had him stabbed. He survived, at least for a little while. While he was recovering, the hit men suffocated him.

A year and a half later, Lucrezia was wed to Alfonso d’Este, Duke of Ferrara. The Borgia reputation had preceded the arrangement, but the couple moved from Rome to Ferrara to escape the family influence. Pope Alexander died a few years later, thereby ending the family’s violent ambitions. After Alfonso’s father died in 1505, the couple became the Duke and Duchess of Ferrara, throwing themselves into the arts, until 1512. 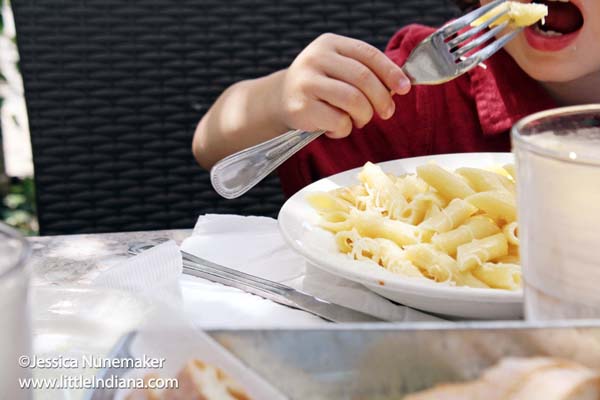 Lucrezia withdrew from the public eye and turned to religion. She had already had many children pass away and, at news that her first child, with Alfonso of Aragon had died, she kept to herself. After giving birth to a stillborn daughter in 1519, Lucrezia passed away ten days later on June 24, 1519. She was 39 years old.

We’ve all heard about the scandalous nature of the Borgia family. Lucrezia, however, is seen to have been used as a pawn by many historians. The modern view is that Lucrezia was more of a helpless pawn and less that of the seductress. Lucrezia of Chesterton takes the view of that of Lucrezia as a pawn as well.

Dining at Lucrezia in Chesterton 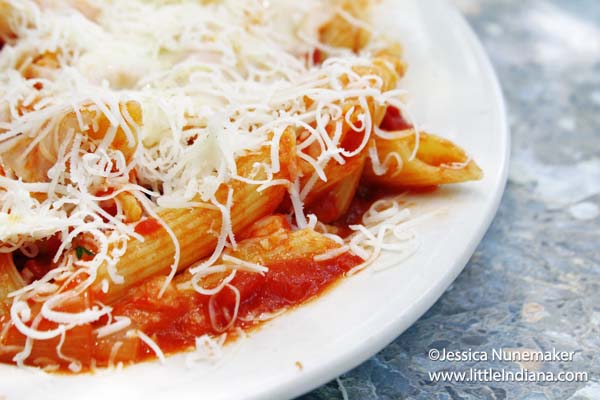 At the Chesterton, Indiana restaurant, we began by figuring out an appetizer. For our family of four, we decided that the antipasti platter sounded like a great fit. That way, everyone could nibble a little while we chit-chatted. Scrumptiously arranged, it was a fresh take on a classic favorite. Meats and cheeses of varying kinds were placed around the platter. Olives, orange slices, blueberries, and pepperonchini were a part of it too. It held something that was a favorite of all of us. I love when things work out that way.

For our entrees, we made sure to order something different from each other. The youngest wanted pasta so we went with a plain buttered pasta (much like the Italian macaroni and cheese I make at home), the oldest wanted a red-sauced meat pasta, my husband ordered a lovely Veal Piccata.  I opted for the Chicken Vesuvio. Wow, it was flavorful. Very tender chicken is pan-friend with rosemary, roasted potatoes, and garlic. Mmm! I bet the kitchen smells heavenly with that one cooking.

Sitting outside in the pleasant patio area in downtown Chesterton, Indiana made it even better. Everything about our time here was excellent. My standards for Italian dishes are very high and Lucrezia Cafe just blew me away with their menu. Prepare to be wowed by this Porter County restaurant.