In our home, Family Game Night is almost every night! The games to follow are things that all of us can play–and yes, that does include a preschooler (age 4) and our 8 year old.

Some play faster than others but we drag each and every one of these out a lot! They are clever, fun, and perfect for family game night. I hope you find something here for your family, too. Look for them at an Indiana toy store near you! Affiliate links are included below. Purchasing an item from the link results in a small kick-back to help with the running costs of this large website. 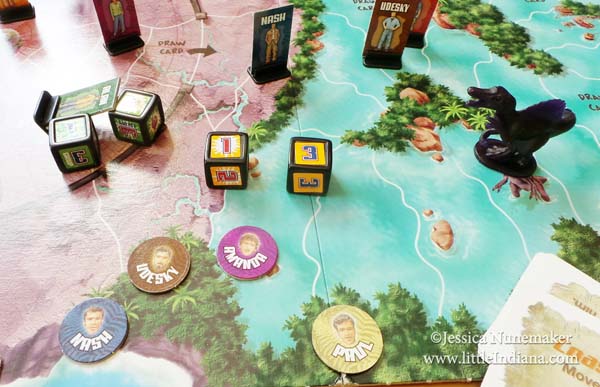 — Don’t worry: the game is better than the movie! I’m only kidding but who would have thought it would be so much fun? You’ll need a large space for this one, the game board for Jurassic Park III is very large! Be the dinosaurs or be the characters from the movie. Make your way to the helicopter landing pad before the dinosaurs pick you off, one by one. 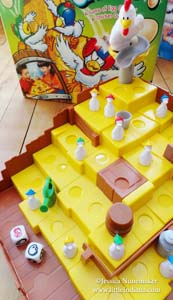 Chuck It Chicken Game by Ravensburger

— Less stressful and time consuming than the original Monopoly game, our four year old loves this game, too! Yes, he needs help with larger numbers, but he is able to count out smaller bills on his own. He feels like big stuff, we get a little friendly competition going, and generally have a great time! Monopoly Junior  Dino Dig is the same idea as the grown-up version but this time, you buy dinosaurs! Pay up, place your footprint to claim it, and hope you don’t land on your opponents.

–Another clever Ravensburger game! This time, you are moving along chickens in three different styles of hats. Roll the dice, move the chicken. It sounds simple and it is, until you roll the red chicken! That’s your chance to “chuck” the egg down the chute and try to hit some of your opponents. The egg isn’t round so the way it rolls is always unpredictable–and nothing is more fun than when someone aims for your egg but it rolls into their chicken! There’s only a couple of steps, but with two dice in play, getting the “red chicken” isn’t hard but it is always funny! 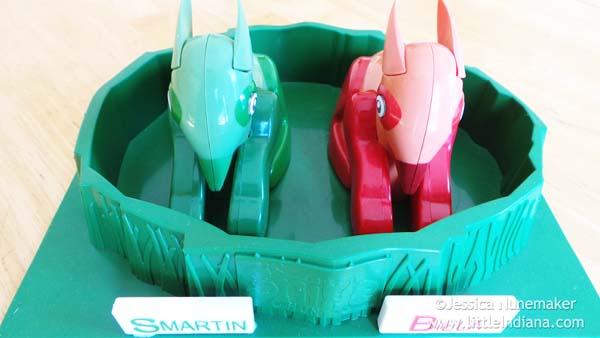 — It’s a game of hide and seek with a neat twist! Instead of hiding people, you and/or your team will hide a “snipe,” an animal that, after so much time, will start making sounds. After too much time, it’s eyes will start to glow! Older kids and adults could play it outside or in a darkened home. It’s a nice way to be active when you are stuck indoors.

— You won’t have to worry about getting stuck in the jungle in this awesome family friendly game! You do need to worry about plenty of other obstacles, though! Make your way around the  board, following the special instructions by reading them with a secret decoder, and see if you can survive. I admit, I have played this game with adult friends in the past and we have had a good time! Bonus: watch the movie and make an afternoon of it!

Family Game Night for Everyone

Whip up a few snacks (might I suggest this one?), break out these board games, and reconnect as a family. This is the way to maintain a strong bond!