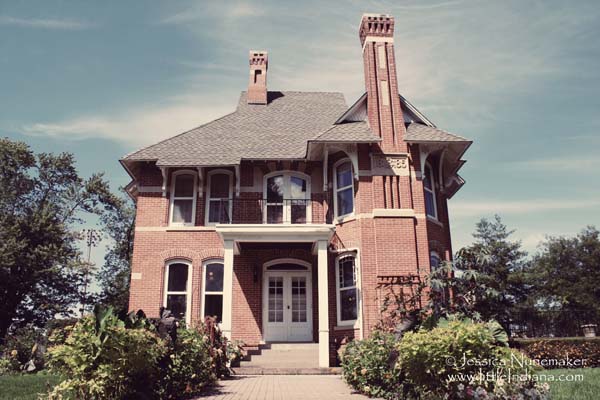 Historic Brown Mansion was given new life as the home of permanent exhibits as part of the Westchester Township Museum in Chesterton, Indiana.

There’s so much to say about Brown Mansion and the Westchester Township Museum that I figured I could lure you into a free house tour just by posting my image of Brown Mansion above. Did it work? I thought so. But just in case, let me give you a rundown of the history and contents of this awesome home turned office turned museum. 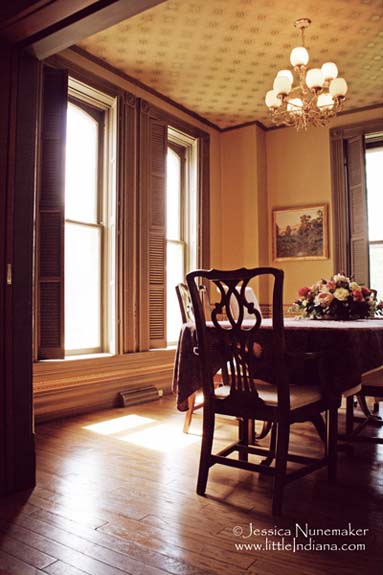 It’s easy to figure out that this is one of those buildings that is really going to be something inside. Oh, yes, it was! Maybe I should back up a minute. Before you get to see inside those doors, you should know a bit of the history of Chesterton, Indiana.

You see, it’s a unique small town. There’s industrial growth and the Indiana Dunes preservation. There’s a history of transportation and of the lake shore. Back in the early days of the town, back when there were less than 300 residents, there were nineteen saloons.

After a name change to help foster a new and improved image, a bit of growth, and the passage of time, the town became the family-friendly, bustling little place it is today. And, really, it’s hard to beat that location.

Perhaps that is what made George and Charity Carter decide to retire here.

The couple had amassed quite a bit of land, some 900 acres by 1882. He sold cordwood to Porter brickyards, a big business in those days, in addition to farming. In fact, Porter brick was used to help rebuild Chicago after the great fire. See those cherry colored bricks on the exterior of the home? Yes, those, too are Porter bricks.

What do you do when you decide to retire? You buy more land, set aside a bit for yourself, and build a grand Queen Anne Victorian mansion. You have it designed by Cicero Hine, a Chicago architect that designed some of the most lovely Victorian homes! Somehow, Cicero Hine’s name yields barely a mention online, however, he was quite prolific in his day.

He designed Chicago area homes up until 1913 when he became the in-house architect for what was then known as the Brunswick-Balke-Collender Company, now the Brunswick Corporation. After that, he kind of disappears from history.

Anyway, the sixteen-room home was built by the Brown family in 1885. This was big news: even the front page of the local newspaper shared the news of its construction.

In many ways, it still looks the same, at least on the outside. The trees in the front, long ago planted by the family, are still there. Yes, the old barn is gone and an addition took its place, and one of the porches is also gone but for the most part, it’s in excellent shape. 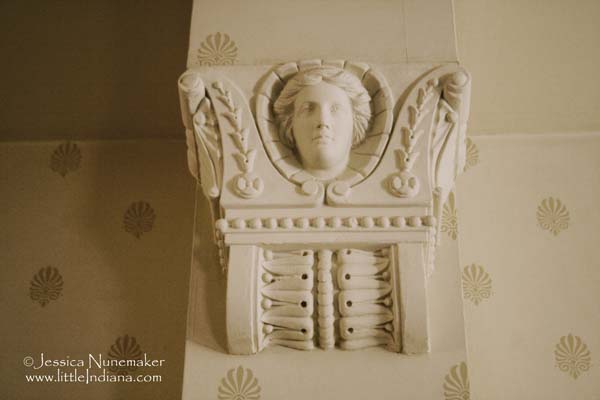 This home was quite the modern marvel in its day. Why it had hot and cold running water! There was even a second-floor bathroom. Fancy. All the porches and the unique combination of points and textures characteristic of the Queen Anne style led to a home that was a stunner then–and still is today.

Relatively unchanged today, it is in gorgeous shape.

Wander the first floor (call ahead for appointments for larger groups) and see the home much as it would have been during the time of the Brown family. The furnishings are nicely done. The etched glass windows, plaster corbels, and fixtures are gorgeous. The third-floor porch? That’s where one of the Brown daughters snuck out of to elope with her boyfriend.

It’s seen a lot of changes. It was used as apartments, then as the administrative offices for the Duneland School Corporation in 1985. Finally, it became the site for the Westchester Township Museum in a contract between the school system and the Westchester Public Library. 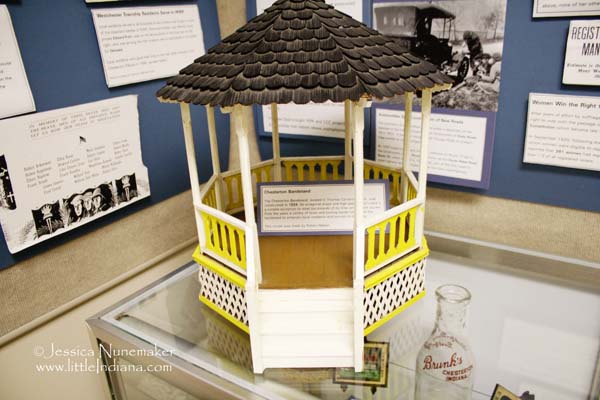 Although the museum had been in operation since 1998, it was until 2006 that the museum opened for business in its new location. Heading down a short flight of stairs, the Westchester Township Museum is a separate entity and does not occupy the house. Well, except for a really nice gift shop. Covering the towns of Westchester Township, it handles history from Chesterton, Burns Harbor, Dune Acres, and Porter.

If I’m remembering correctly, there are five rooms of exhibits. Some, like those that tell of the township’s early history, from glaciers to present day, are permanent fixtures. Others do rotate in and out of the museum. Local art is a welcome and frequent presence.

I particularly enjoyed wandering around reading the information about the area. This isn’t a very hands-on museum but they have done such a nice job of clearly presenting their history in a wonderfully organized way. My favorites included the love letters to Dorothy as pictured below and the walking stick made of glass. Sometimes, glass workers liked to showcase their talents and created their own pieces to do so.

An artisan at the Chicago Flint and Lime Glass Company, locally referred to as the “Glass Works,”  in Chesterton created the walking stick in the early 1900s, most likely on his lunch break. It is a beautiful piece of art! As for the glass company, it opened in 1902 and ceased operations in 1911. 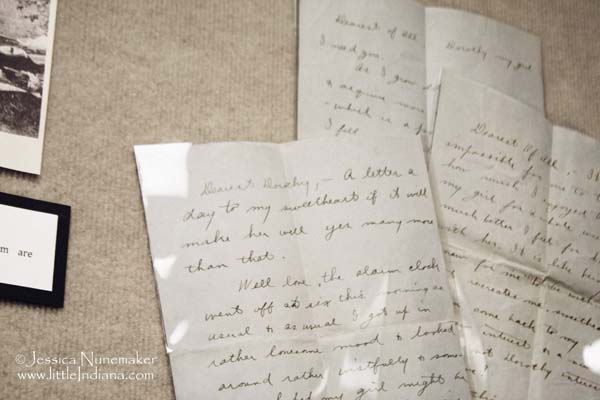 With two different attractions on the same site, Westchester Township Museum and Brown Mansion in Chesterton, Indiana are a nice, informative destination. You’ll want to have a little extra pocket change for the excellent museum gift shop. Look for monthly special events at the museum for more intersting things to do. Admission is free.