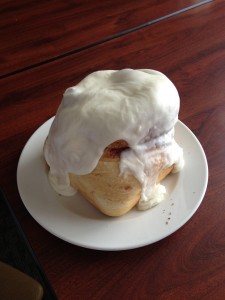 This cinnamon roll was so big, I could only eat one fourth of it at Suzie’s Cafe in Valparaiso, Indiana

Does eating a delicious, homemade cinnamon roll that’s about the size of a soccer ball sound like the perfect way to start a day? Then visit Suzie’s Café & Catering in Valparaiso, Indiana. It’s a restaurant that is so good, so friendly and so affordable that many of the regulars eat there every day.

Suzie’s Café, which is open for breakfast and lunch, is my favorite breakfast spot because the staff gets there at 3 a.m. and starts baking the massive, gooey cinnamon rolls they are famous for, as well as the bread they’ll serve that day.

During my most recent visit, I got the $4.99 cinnamon roll, which was warm and loaded with icing. I only got about one fourth of the way through it when my spinach and feta cheese omelet, served with hash browns and two very thick slices of cinnamon raisin toast, arrived. 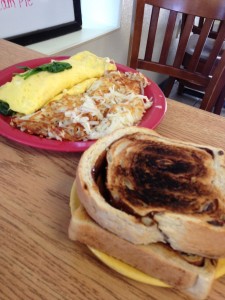 Everything I’ve ever eaten at Suzie’s has been prepared perfectly, and, as always, I left stuffed and with a carry-out box containing the remaining three fourths of my cinnamon roll.

If you’re ever in Valparaiso or visiting the Indiana Dunes and need a hearty breakfast before fishing or hitting the dunes, go to Suzie’s. Although advertised as opening at 5 a.m. each day, they actually turn the lights on and open the doors at 4 a.m. to serve the police officers working the midnight shift and whoever else wanders in.

Suzie’s breakfast menu has plenty of favorites, everything from egg dishes, to fruit, to oatmeal, to baked goods.

The lunch menu includes plenty of choices, including sandwiches and soups (always made from scratch). Some people plan their week around the specials, like Thursday’s pot roast or Friday’s lake perch.

Everything is served by friendly, attentive servers in a bright, cheery atmosphere. 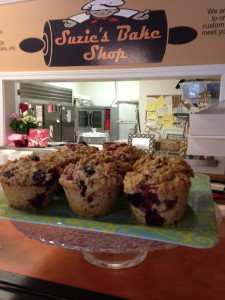 Suzie’s has an in-restaurant bakery in case you want to just grab a muffin or some cinnamon rolls to go.

Suzie’s has been around since the mid-1990s because of the legion of Suzie’s loyalists (80 percent of the customers are regulars) who love the consistent, homemade offerings. The owner, Suzie Bigott, has two daughters now in the business as well as other longtime employees. Every day, you’ll see Suzie greeting the customers, who she says are like family.

The restaurant also has a 50-person banquet space, offers offsite catering and has a bakery that provides delicious baked goods to other restaurants. They even make the famous Kelsey’s cows (chocolate cakes that look like cows) for Kelsey’s Steak & Seafood.

Suzie’s also provides the pre-game meals for Valparaiso University’s women’s basketball team when they are playing at home, and also provides meals for many of the opposing teams. I’m picturing 10 people on the basketball court, too full to move.

Don’t just live in the city – explore it! THIS is Big City, Little Indiana! 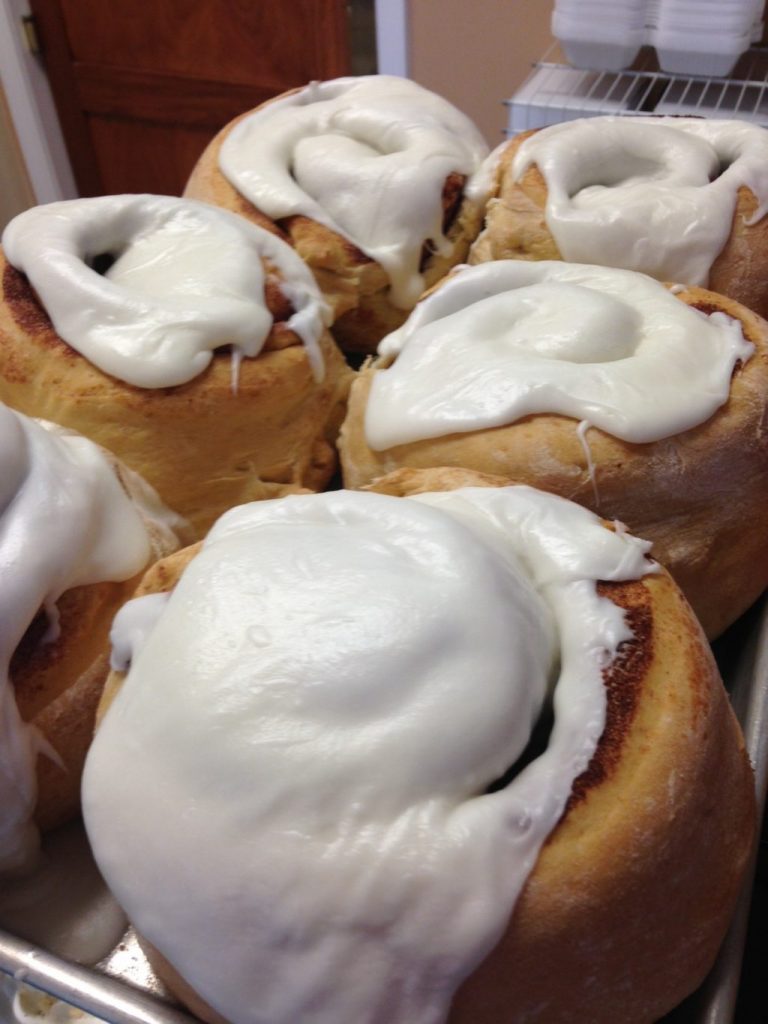 The cinnamon rolls at Suzie’s Cafe in Valparaiso, Indiana are massive and wonderful.