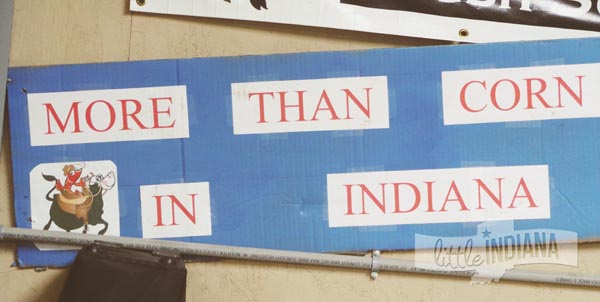 JT’s Shrimp Farm in Wheatfield, Indiana Because There IS More Than Corn in Indiana!

With a town name like Wheatfield, it might just surprise you to know what small business is booming down a country road. Well, Toto, you aren’t in Kansas anymore and, from the looks of it, it doesn’t much seem like you are in Indiana either.

It’s a farm, but it’s probably not the sort of farm you are envisioning. There’s no cornfield, soybeans, or hogs, at least, not that are a part of this agritourism venture. No, this farm cultivates…shrimp. JT’s Shrimp Farm in Wheatfield, Indiana grows fresh salt water shrimp. 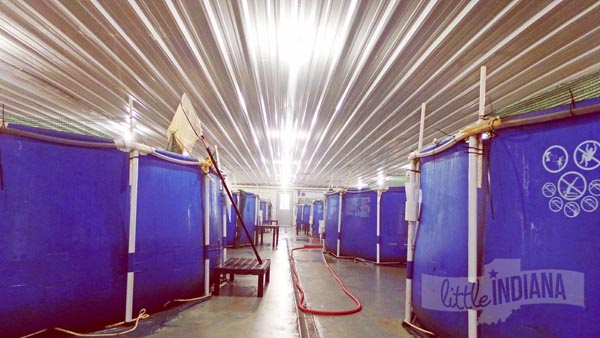 To say that this is a bit unusual is something of an understatement. Shrimp farms aren’t exactly commonplace in the US, and definitely not when they are 4,000 miles from the nearest ocean. Okay, so that’s a bit of an exaggeration, but if you have ever driven the distance, that’s about what it feels like. Kidding aside: we are nowhere near an ocean. But that’s the thing about Hoosiers, you know–we are a hardy, hard-working bunch. When farming the typical crops just aren’t cutting it anymore, we figure out the next step.

That’s exactly what the owners, Scott and Leslie Tysen, of JT’s Shrimp Farm did. They put their heads together…and thought really, really hard about how to make their farm stand out. The answer was found in niche markets. Scott was the first to come up with the idea, spending seven months researching his brainchild, figuring out how things worked, and taking technical tours of another shrimp farm. As a third generation farmer, Scott is no stranger to hard work–but his family has farmed in cattle and crops, not shrimp! It took time to learn what would be needed and how to begin.

Construction began on the shrimp barn in 2013. After the concrete was ready, Scott (who has construction experience) got to work, completing the shrimp barn in nine days! Then the real work began: getting the pools ready for the post-larval shrimp! The first batch of shrimp were ready to go in by January of 2014 though their first harvest wouldn’t occur until April of that same year, a month earlier than expected!

How do you grow salt-water shrimp in Indiana? By the use of a recirculating aquaculture technique, called the zero exchange aerobic heterotrophic system. Yes, that is a mouthful! It’s also a complicated process.

Rather than have a lot of waste, after all, there’s no salt water access here. According to JT’s Shrimp Farm website, the water is run through several filters to remove “unwanted bacteria, algae, and viruses.” It simulates what the water would be like for shrimp in the wild–but without all the pollutants! It results in a low carbon footprint for the shrimp farm as well.

More than one person has gotten sucked into the shrimp farming idea after seeing the operation at JT’s Shrimp Farm. People seem to think it is so simple that they need to hop on board! But it doesn’t seem to end well for folks who just dive in without first really looking at the process. It’s a lot of work, something for which fledgling shrimp farmers are unprepared! It took a year for the couple to get to this point, a place where the shrimp farm isn’t as labor intensive, where their survival rate is better. But it’s still not easy and there are rough patches in the road yet. 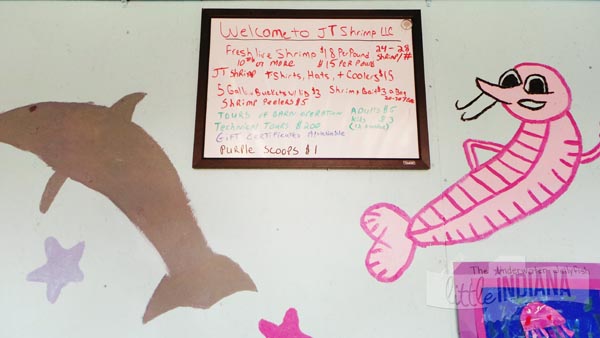 For Scott and Leslie, every day has a very early rise time, as in 5 AM, up before the sun in the winter, kind of early. Working together, they begin the morning with water testing and checking out the pools. By working together they are able to minimize the time they have to spend on these routine chores. Perhaps the water needs a little more baking soda or maybe it needs a little calcium carbonate. They figure out what to do, adjust it, and hope for the best. If the water becomes too off, the shrimp will die. It doesn’t matter if the couple are tired, sick, or had a late night. The shrimp come first.

It takes time. After all, there are nine pools here. Each pool is capable of holding 6,000 shrimp. They could potentially harvest more than 250,000 shrimp a year.

After the shrimp are checked in the morning, Leslie leaves to get their daughter ready for school while Scott goes off to take care of their cattle. Even their young elementary school-aged daughter helps–she enjoys feeding the shrimp.

The shrimp at JT’s Shrimp Farm are, according to the owners, chemical-free. No hormones or antibiotics are added, either.

They are quick to share their farm with others. For a small fee, families, school groups, and even buses may visit the shrimp farm, and go behind the scenes for a look at the pools while receiving a little background about the process. Before visiting, please call ahead (as always) to ensure that they are open and to schedule any group trips.

Follow JT’s Shrimp Farm on Facebook for more information or visit their webpage listed below. Look for them at the Rensselaer and DeMotte farmer’s markets.