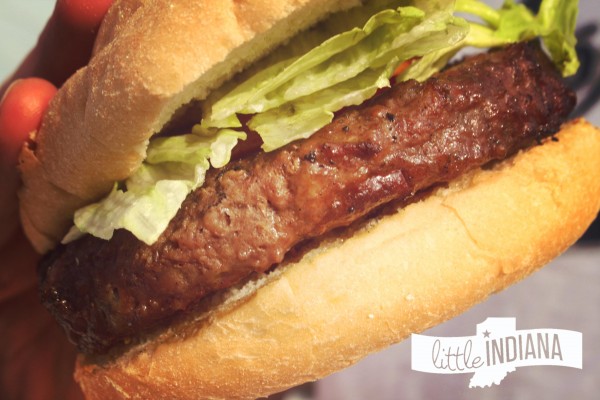 It was an absolute accident and completely unplanned three years ago when we first went to the Jasper County Fair in Rensselaer, Indiana and caught our first Combine Derby but I have been hopelessly hooked ever since! What is a combine derby? Something so country and loud and dirty that it makes my husband and I laugh every time we talk about how much fun it was to watch. In fact, I would go so far as to say it is one of the highlights of my summer.

Love at the Jasper County Fair 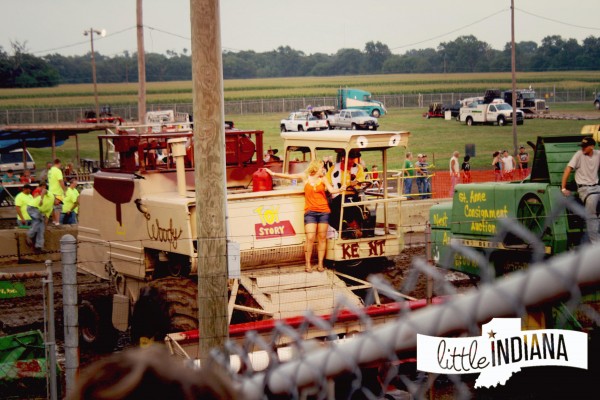 You see, when we made our way to the Jasper County Fair, we weren’t heading there for the combine derby. We wanted to go to the demolition derby. Our son, age 5, is really into cars. It was something that we had never seen before but we thought he would probably love it. After all, when you are five, what else do you do with your toy cars but make them race each other and crash, right? We knew he would be up well past his bedtime, but for a bit of unexpected family fun, why not?

So, we went to the fair. We walked through the barns and saw the cows, the horses, the sheep, the bunnies, and the chickens. Our son loved watching all of them and pointing them out to us as we went along.

We passed through the food booths, with the inexpensive Lions Club popcorn and the greasy fair food you know and love. I knew I would have to get cheese-covered French fries. That’s just the way it goes. I also knew I would make an absolute mess with them but there you go.

So, we headed to what we thought would be the demolition derby. We bought our tickets and had a seat. You could say we were surprised to hear that it was a combine derby. What the heck was that? Oh, it’s when a bunch of tractors crash into each other. The last one that is still running, and capable of moving, wins. Is it absolutely hilarious and fun? Yes, yes it is. There’s all kind of people at this one. I swear, the people-watching alone is half the fun.

The fire department guards the perimeter, at the ready to put out any fires. Before they began, however, something different happened: one of the drivers proposed! The derby left an impression on our son, too. He has been counting, “18, 29, 42, go!” in his own version of a combine derby. How cute.

If this video doesn’t scream small Indiana town then I just don’t know what else possibly could. Who knew the Combine Derby in Rensselaer, Indiana could be romantic?

Watch Love strikes at the Jasper County Fair Combine Derby in Rensselaer, Indiana on YouTube or below.