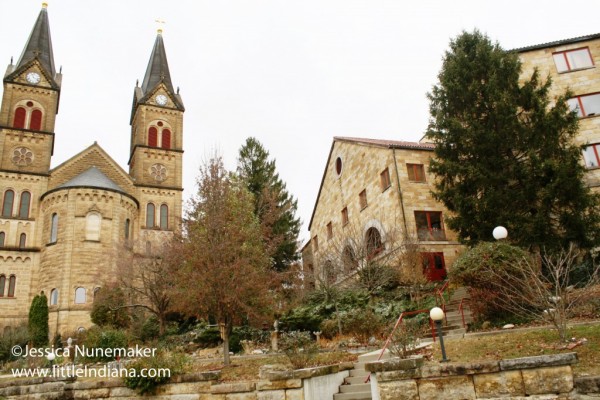 You have got to visit St. Meinrad ArchAbbey, School of Theology, and Seminary in St. Meinrad, Indiana. We had heard it was big, but we weren’t prepared for the size of the buildings. Combined with the large expanse of woods and grass, the archabbey and grounds occupies a massive amount of space.

How does such a small town possess such a hulking building? It began with a school. 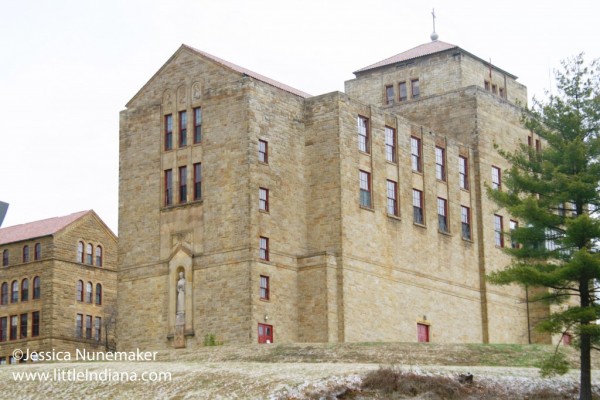 In 1857, a group of Benedictine monks arrived from the Swiss Abbey of Einsiedeln to set up a seminary. It’s purpose? It was quoted in (affiliate link) History of St. Meinrad Archabbey, 1854-1954 (American Benedictine Academy historical studies. Monasteries and convents)

“Young men are to be educated for the sacred ministry … and, having completed the course of studies, are to be placed at the disposal of the Bishops of that country.”

So, from 1857 for the next four years, the school provided secondary education. By 1861, they expanded the course offerings to include commercial, classical, philosophical, and theological courses. The teachers were the priests who had arrived from Einsiedeln. 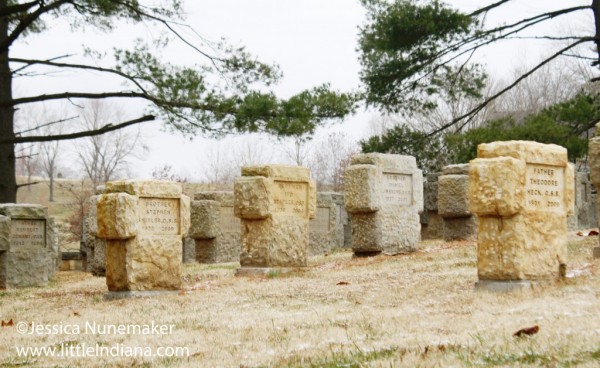 Unfortunately, fire struck and destroyed the original buildings. The commercial courses were then switched over to the Jasper Academy, a nearby institution that preceded the Marmion Military Academy and Abbey at Aurora, Illinois.

The move to Illinois occurred in 1933, when six Benedictine monks of the St. Meinrad Abbey, as well as staff and boarding students, relocated Jasper Academy to Aurora Illinois. Jasper Academy was merged with the Fox Valley Catholic High School for Boys to form Marmion Academy.

According to the Marmion Academy website, “The original Benedictine community of six monks is now an Abbey of thirty-three monks: twenty-eight at Marmion Abbey and five at Marmion’s mission Priory of San José in Quetzaltenango, Guatemala.” 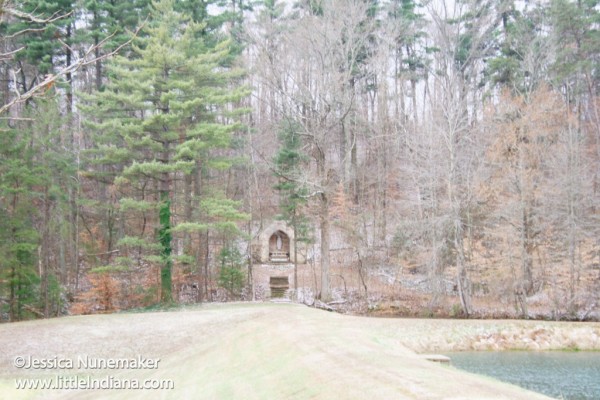 After the relocation, St. Meinrad tweaked their courses, and instead only educated candidates for the Roman Catholic Priesthood.

By 1959, the school had restructured itself to follow the traditional high school, college, and theologate levels of progress. Since  1969, it has been a fully accredited member of the Association of Theological Schools and, since 1979, it has had North Central Association accreditation.

I’m including the following resources that pertain to the archabbey. These are affiliate links. Please see how I use wishlists to shop local.

Spiritually minded or not, I think you will agree that it is a beautiful area and, as I’ve said before, overwhelmingly peaceful. It was so quiet. The snow started to fall while we were exploring St. Meinrad, Indiana. The slight bit of dusting only added to the appeal, don’t you think?

It is one of only eleven archabbeys in the entire world. You can read about St.Meinrad Archabbey today by referring to my previous post about it.