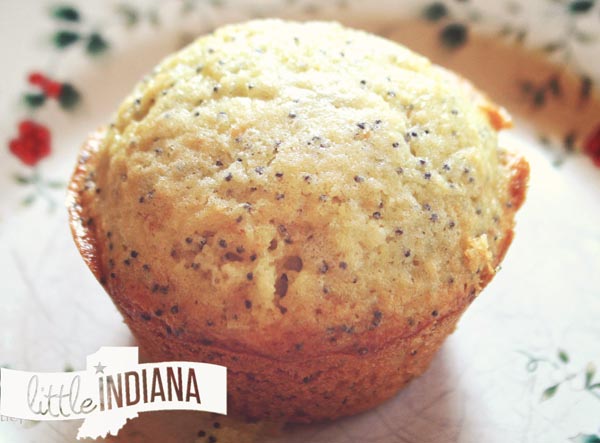 There’s just so many good muffin recipes–but this recipe for Lemon Poppy Seed Muffins is one of my favorites. Like my grandma, I’ve got a thing for lemon. Lucky for me, these  are relatively fast to fix.

Unlike some of my other treasured muffin recipes, this  lemon poppy seed muffins recipe begins with real butter. There’s no shortening or vegetable oil in this one either. It’s not like I am entirely against those things, I just like to mix up my baking every now and again–and recipes without ingredient overlap work especially well when the pantry is empty and I forgot to make a trip to the store.

This recipe creates a delectable little muffin that is good all on its own. Of course, if you have a bit of a sweet tooth, you can always go one step further. Combine a small amount of powdered sugar and a scant amount of liquid (either milk or milk and vanilla extract or lemon extract), and drizzle over slightly cooled muffins. It does mean you won’t get to experience the pleasure of eating these lemon poppy seed muffins while they are fresh out of the oven though.

The original recipe (from Food.com) calls for lemon peel. If you have it, go for it, but I have found orange peel to be an easy substitute that helped these lemon poppy seed muffins keep their bright flavor. Just make sure to use fresh poppy seeds to avoid a bitter flavor.

A History of Poppy Seeds 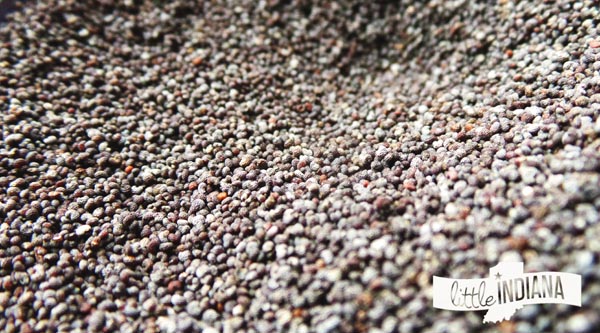 I do love muffins with poppy seeds. They rank among my favorites. Part of it is probably due to middle school sleepovers when my best friend’s older sister would make us a batch of (packaged) lemon poppy seed muffins in the morning. They were always my favorite and, truthfully, it’s the first type of muffin I will turn to. The other part boils down to the flavor and texture. Homemade muffins, of course, are so much better. Poppy seeds just add that little extra something. They make the humble muffin look kind of special, with that slate-blue coloring, don’t you think?

According to the DEA Museum (the Drug Enforcement and Administration), opiates were used as pain relievers, sleep inducers, and bowel helpers by the ancient Greek and Roman physicians. Not only did they believe that opium could protect someone from being poisoned, but they also realized the effects it caused. They were no dummies.

We don’t generally worry about being poisoned to death in this modern age, thank goodness. But if ancient people saw something in it that helped with illness, what does this mean for the people of today consuming poppy seed bagels, poppy seed cake, and oodles of poppy seed muffins? There’s nothing to worry about–to a point.

Don’t worry about it. The DEA assures, “The majority of poppy seeds used for food come from the opium poppy, Papaver somniferum. Although these seeds do have opium content, the amount used for cooking purposes is extremely small.” The Encyclopedia Britannica elaborates, “Poppy seeds have no narcotic properties, because the fluid contained in the bud that becomes opium is present only before the seeds are fully formed.”

What poppy seeds lack in size, they make up for with one heck of a nutritional punch wrapped up inside a delectable nutty texture. LiveStrong reveals that poppy seeds are “a good source of protein, dietary fiber and minerals.” There’s more, “One half teaspoon of poppy seeds contains 7 calories, 0.25 grams of protein, 0.58 grams of fats and 0.39 grams of carbohydrates. Poppy seeds also provide 7 percent of the daily value of dietary fiber.” That’s not too bad! It’s only the beginning.

When it comes to minerals, the LiveStrong article shares more positive nutrition data on the poppy seed, “29 percent DV [daily value] of manganese and 13 percent DV of calcium from 1 tablespoon of poppy seeds. They also provide magnesium and phosphorus at 8 percent DV, copper at 7 percent DV, iron and zinc at 5 percent DV, and potassium and selenium at 2 percent DV.”

That’s not a bad place to be. The poppy flower certainly has made its way into movie history, with the unforgettable scene in the Wizard of Oz, when the Wicked Witch of the West places a sleeping spell over a field of red poppies. Unsurprisingly, poppies have been a symbol of sleep, peace, and even death (back to those Greeks and Romans again–and their myths).

Poppies have been worn as a symbol of remembrance, due to the trench war in France that took place in a poppy field during World War I. According to the Telegraph, there were nearly half a million casualties on all sides. People around the world honor their losses by wearing poppies.

Some species of poppies can grow to four feet tall, with blooms six inches across, while others are much, much smaller. They do have four or six petals, are used as a pollen source by bees, and some varieties are popular in wildflower seed packets here in the United States. I know, because when we purchased our home eight years ago, there were wildflowers everywhere. The only flowers in that bunch that I didn’t mind were the poppies! Their bright red petals are so pretty, don’t you think?

As warm breakfast lovers, we eat a lot of muffins. If you are looking for a lemon poppy seed muffin that will satisfy–and that makes a nice mid-morning snack–this one is it. With or without a glaze, I think you will love them.

If you enjoy this recipe, please take a look at a few of my other muffin recipes.

I've substituted Orange Peel for the Lemon Peel and Milk in place of Buttermilk in a pinch with no issues. Same great taste!

6.0.4
https://littleindiana.com/2012/06/best-muffin-recipes-lemon-poppy-seed-muffins/
Photos are the Property of little Indiana. Do Not Use Without Permission.