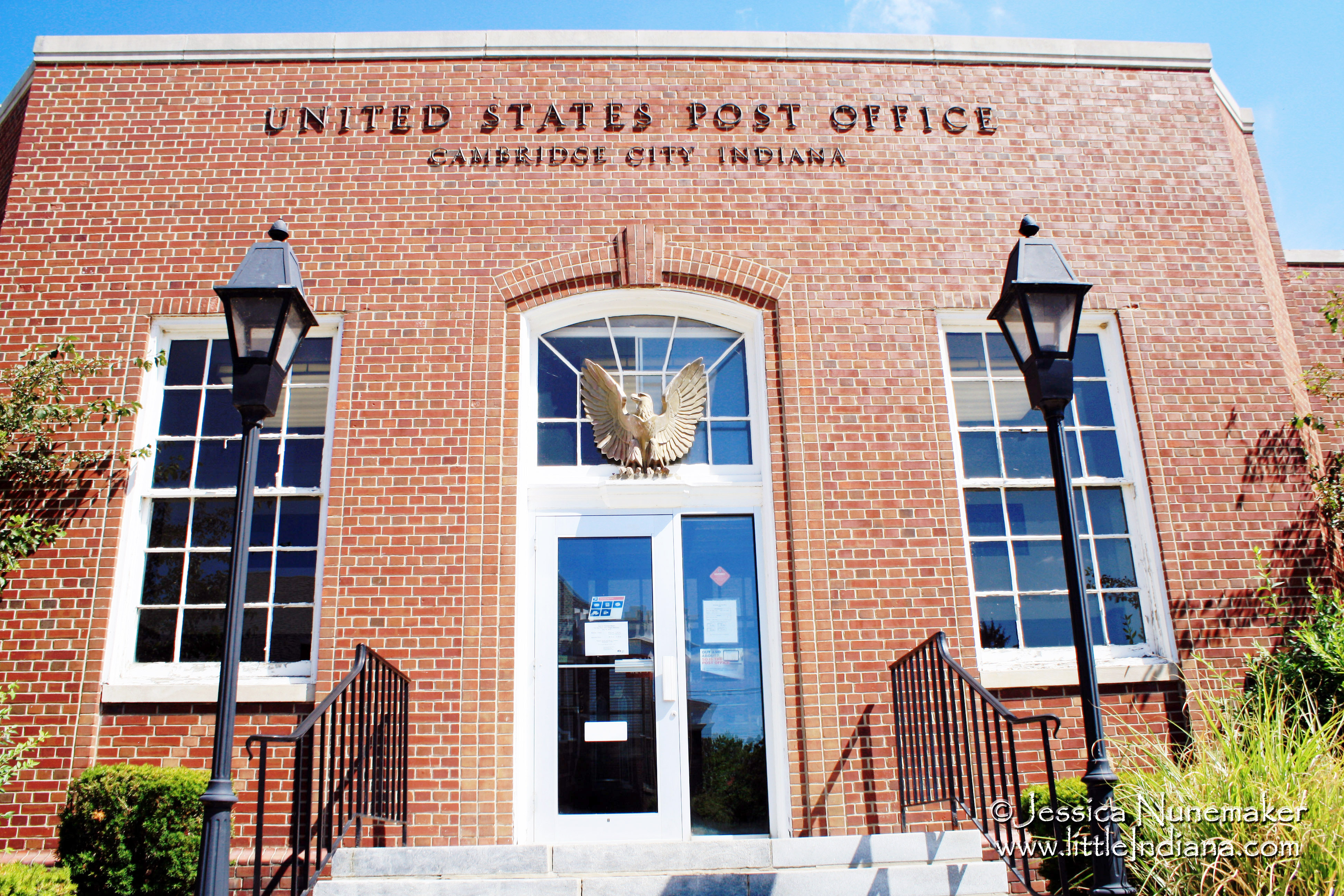 There’s a gorgeous mural in Cambridge City, Indiana. It’s not in an art gallery or hanging in an Indiana town museum.

This one is found at the Cambridge City Post Office!

Those in the know may realize that the horse featured in this mural is none other than Single G, once a very famous racehorse!

So, how exactly did this lovely mural end up inside of a post office? Simple. It was all because of the WPA, the Works Progress Administration, that provided jobless folks with a hand up.

Artists competed for the chance to paint. In an open competition, well, as the saying goes, “may the best (wo)man win!” In this case, it was Samuel Hershey.

After a Post Office was built, they could allocate funds for a mural–over one thousand post offices around the country joined in. Isn’t it lucky that this Wayne County post office had the funding! 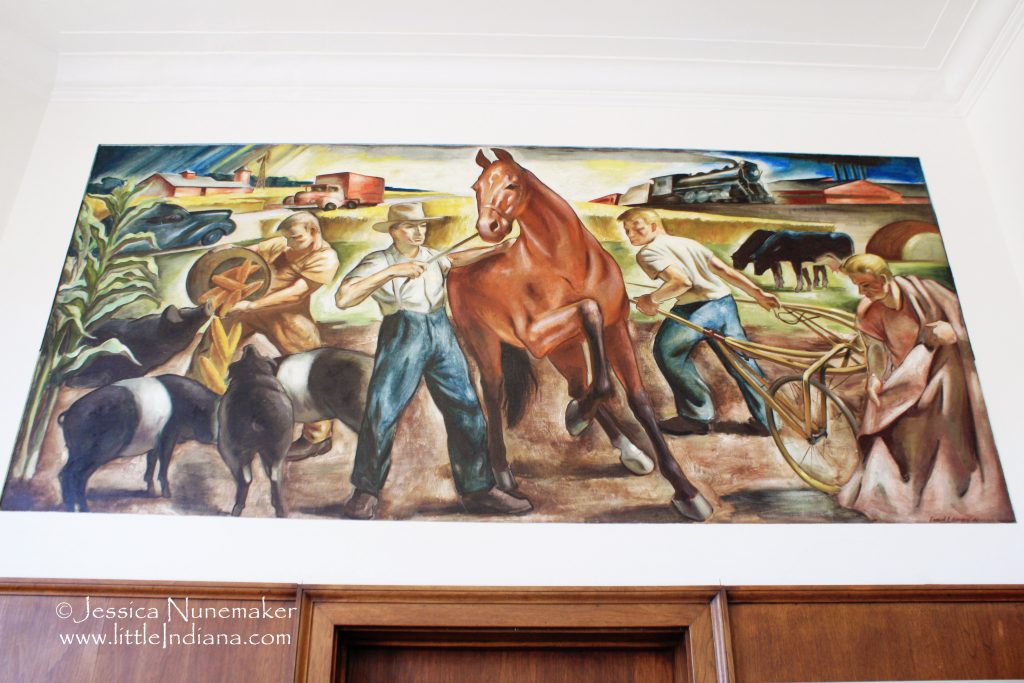 The next time you find yourself in a small Indiana town post office: look up. You may be surprised to see an amazing 1940’s work of art!