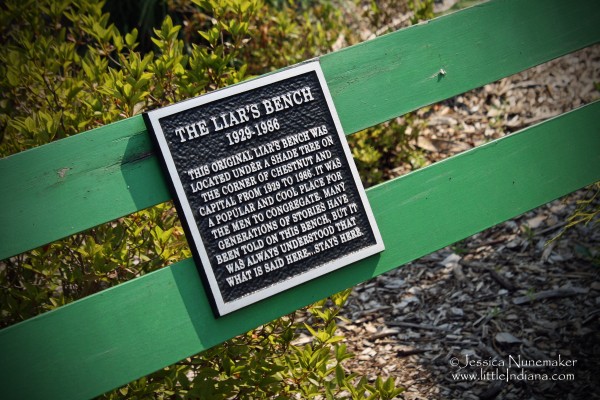 The original liar’s bench was located under a shade tree on the corner of Chestnut and Capital from 1929 to 1986. It was a popular and cool place for men to congregate. Many generations of stories have been told on this bench, but it was always understood that what is said here…stays here.

Tales most definitely have been told and it’s generally expected that most of them were completely untrue. That’s just part of the fun, and the local legend of the Liar’s Bench in this small Harrison County town.