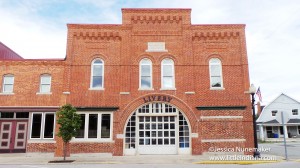 Fortville, Indiana may be a small town, but you certainly wouldn’t know it judging from the extravagant annual Winter Festival this time held December 7, 2013.

With a parade, barrel rides, zip lines, and Santa, this Hancock County town knows how to throw a party!

Now in its fourth year, the Fortville Winter Festival only gets bigger and better each time.

For starters, Fortville is just cute as a button! The main drag is only a few blocks long but is filled with some of the most charming buildings you ever did see.

Just imagine the way that quaint downtown will look once it is transformed by sparkling lights, with the songs of choirs and Christmas carols filling the air! Yes, it is kind of like a Mayberry. 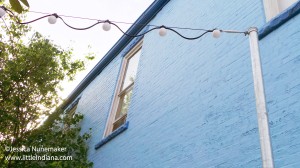 Do you have someone on your nice list? Shop the European Christmas Market, the Marché de Noël. Take in the sights in a horse-drawn carriage. Marvel at the variety of decorated Christmas trees. Enjoy the friendly competition between businesses in the Light Up Fortville Contest.

Folks roam the streets in costume, the Snowflake Princess will be crowned, and the Main Street will be lit at 6 PM.

It doesn’t stop there! Santa will be in the parade that begins at 3 PM and winds through the town! So, too, will the Indianapolis 500 Gordon Pipers this year and a tribute to the 71st Anniversary of Pearl Harbor. Sip Hot Cocoa and munch on great food. Just don’t forget pictures with Santa!

Back from a fifteen year hiatus, the Fortville Winter Festival in Fortville, Indiana will put on the type of holiday display that will make you remember the magic. 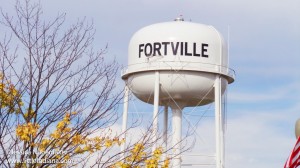 The Fortville Winter Festival begins at 2 PM and runs until 8 PM. Do you want to win 2 tickets to the zipline and 2 tickets to the barrel train? Please, leave a comment below AND your email! For extra entries, please see below.

Mandatory: Leave a comment below and your email! Tell me: What’s your favorite holiday tradition?

For extra entries – pick and choose from the following, just make sure to add a comment to this page each time to let me know!  It could net you FOUR extra entries! Hooray!

Disclaimer: No compensation was received or provided. My opinions are mine and mine alone. Offer is only for readers who can travel to attend the Fortville festival. Giveaway ends December 6, at 12 Noon CST. Winner will be chosen via Random.org. Tickets may be picked up, with identification, at the  Fortville Action Inc. booth. Winner’s name will be posted on this page AND on the little Indiana Facebook Page (so keep on the lookout!).