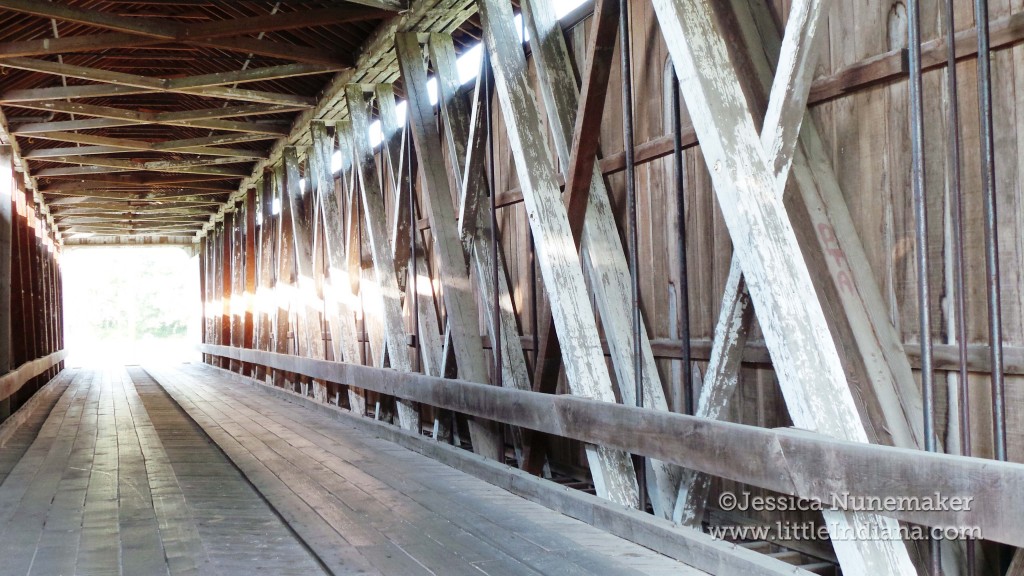 As Indiana bridges go, Cumberland Covered Bridge in the tiny town of Matthews, Indiana has probably the best informational display I’ve seen yet.

Considering I’ve visited quite a few Indiana covered bridges, this is no small claim.

Towns much larger than this one typically stop at a side of the road plaque. Although those look nice and relate a bit of the history, I’ve never seen a setup quite like the one in this Central Indiana town. Is that a great idea or is that a great idea?

Pulling off to the side of the road, you are greeted with a fantastic stopping point. Not only do you get a great side view of the covered bridge, but there’s a big sign, including images, and just full of history.

Built in 1877, this 181-foot long bridge was (and is) a treasured piece of the town. So imagine folks’ disbelief as 1913 river water rose so high it carried the bridge away. Imagine how devastating that must have been to the townspeople. What would you even think looking out the window and seeing your bridge passing by?

According to the sign, it was listing at a 70* angle, the North end leading the way down the river. Just past the Matthews Cemetery it hit a large tree, turned 180*, and lingered on the South bank until flood waters cleared. 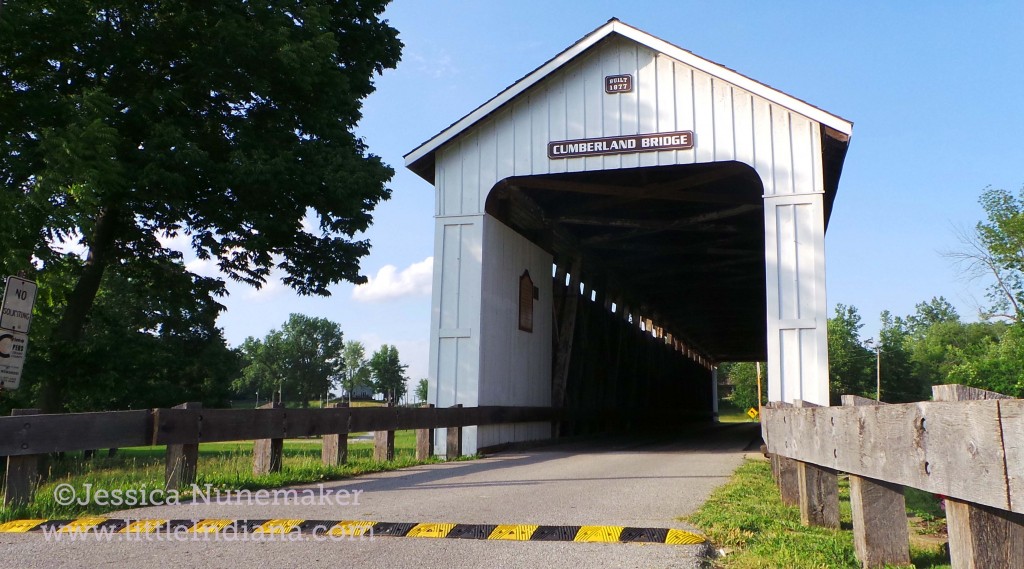 That’s where the story of the Cumberland Bridge could have ended. It’s happened before in other towns.

But fortunately, it was discovered that the Grant County bridge could be saved and used again. So, the Cumberland Bridge was moved with no small effort back to its correct place.

What’s more, they added on a few adjustments along the way that have helped it keep its footing even in subsequent floods in the one hundred years since. That bridge wasn’t going to go anywhere. 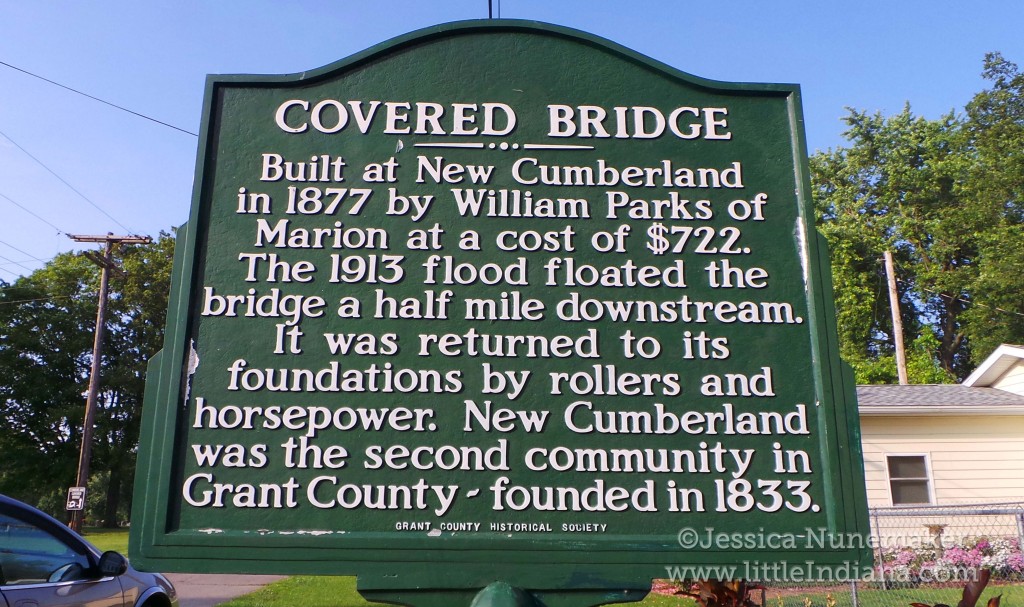 Other towns should take note of the accomplishment of this town.

If Matthews, Indiana with a population of roughly 500 people (as of the 2012 census) can display information about a unique historical attraction in their town in an attractive, memorable way, ANY town can (and should) too. Visitors want to know more about your destination. Are you making it easy for them to see what makes your town or city worth their time?

Just think: if not for folks either trying to save a useful object or a historic icon (or maybe a combination of both) hadn’t rescued the Cumberland Bridge, Indiana would be minus one more amazing, irreplaceable attraction and piece of our past. What a shame that would be.

Map Above Points to Matthews, Indiana. The Cumberland Covered Bridge is Located Northeast of the town and spans the Mississinewa River.