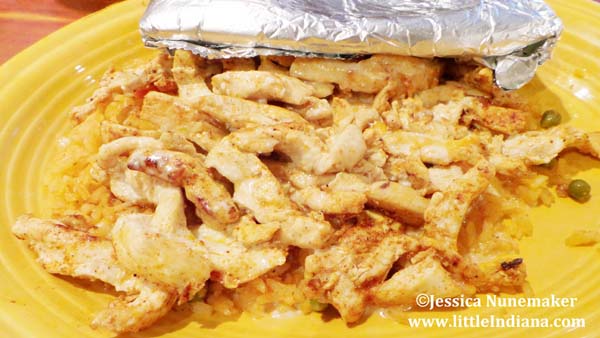 Located inside of a shopping plaza, this Putnam County restaurant didn’t have the kind of exterior that screamed “good food inside” but it most definitely did! I should have known locals would never steer me wrong! 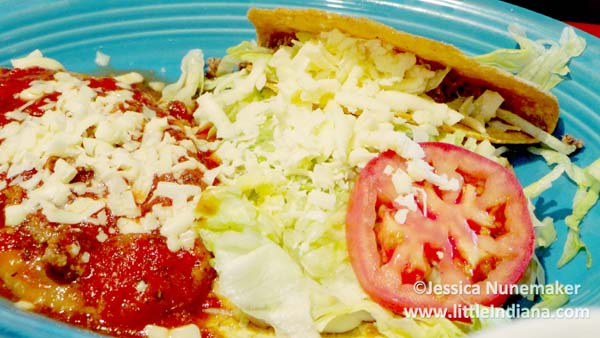 You already know how much I love Mexican food. I LOVE it! Well, I’m totally adding Casa Grande Mexican Restaurant to my list of places to return. Why? Oh, that’s so easy. The service was absolutely fantastic and so, so friendly, the food was really good, and they had my favorite things on the menu!

We were kind of celebrating. It was the first trip that our two boys (aged 8 and 4) took on our own. We made it through the day after covering a lot of ground and we were all still laughing. Score! So, when we heard about a great Greencastle Mexican restaurant, the vote on where to eat was unanimous.

It’s really big in here! There were many booths. We were seated quickly. Kid #1 and I dug into the menus. Kid #2 mowed into the chips and salsa that were promptly set down. 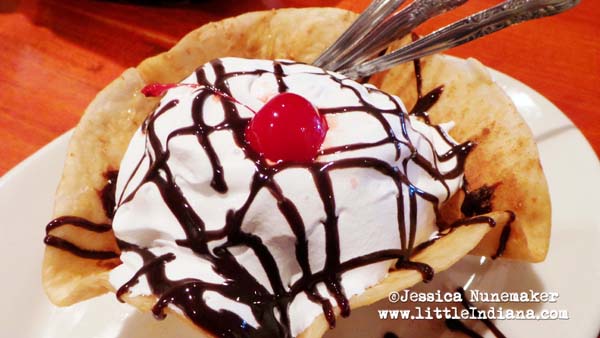 The youngest decided in record time when I read to him from the kid’s menu. He could have picked tacos, an enchilada, or a burrito, among other choices. But he wanted the Cheese Quesadilla with rice and beans.

I considered the Taquitos Mexicano, basically a stuffed corn tortilla, or the Little of Everything Plate, which is a little of, if not actually everything, but pretty darn close! Chalupa, taco, chile relleno, tamale, and then some. Mmm! But as good as those things sounded, I went with something else.

As soon as I saw Chicken and Rice, I claimed dibs! I don’t know what it is about this Mexican dish but I just love it! I hadn’t found it since eating at Azetecaz Mexican Grill in Wabash, Indiana so I was really overdue!  I also ordered a margarita. When he asked if I wanted the large or the small, I’m glad I chose small! Even that was humongous (but very tasty). Wow!

Kid #1 decided to go for a combo plate so he could try a few different things. Tacos were a must, then he also tried the Chalupa, and the enchilada. Or was it the tamale? Either way, he really enjoyed it! But we couldn’t stop there. We had more research to do!

Yes, we even ordered dessert. I know, that’s a big shock. Well, with full bellies we decided to share the Sopapilla, a flour tortilla deep fried and topped with ice cream. Yes, it was very, very good.

When you are in the mood for Mexican food, you’ll want to pay Casa Grande Mexican Restaurant in Greencastle, Indiana a visit!

I don’t think you could find better service anywhere. And the food! Yum! This is a Central Indiana restaurant to remember.