As I was writing this, I discovered that Hodson’s Market had temporarily closed for a bit of updating.  I kept my original thought process about Hodson’s in here. I hemmed and hawed and almost scrapped this post when I discovered that the grocery store had permanently closed but then I realized something: this is the only article featuring Hodson’s Market out there. For the generations that pushed carts down the aisles and listened to the wheels thunking against the wood floor, for those who loved the fresh meat selection, and the hot foods, well, it can still live right here. little Indiana is more than things to see and places to eat, it’s sharing community while capturing our small town legacy. 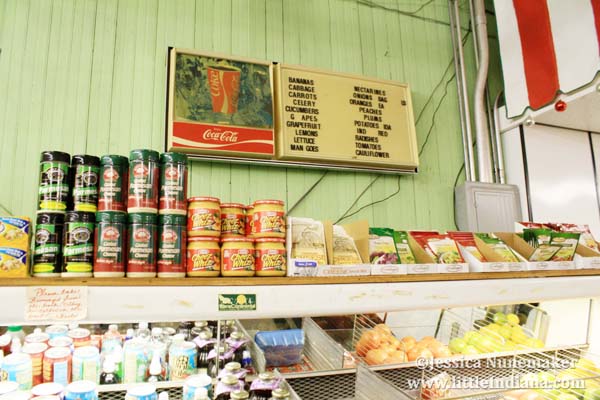 Although you don’t typically find grocery stores on little Indiana, there may have been a few over the years that have made their way onto the site.

Hodson’s Market in Converse, Indiana is just such a store. 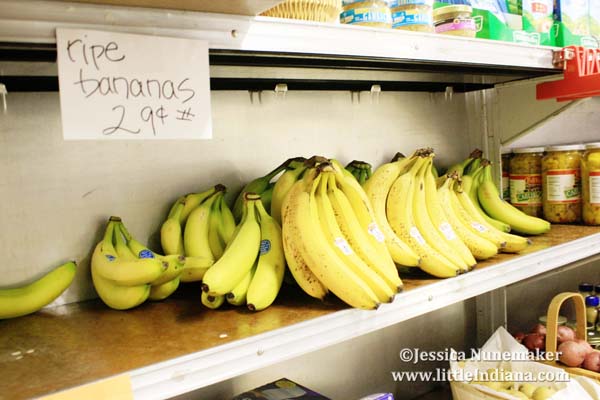 Hodson’s Market in Converse, Indiana — When was the last time you saw bananas priced so well?

For one thing, it’s still family-owned. It almost goes without saying that that in itself is pretty rare but for another? The Grant County grocery store been around a long time.

Locally owned since 1934, you’ll find the original wood flooring that makes such a great sound when you walk on it! The prices, oh wow, were they ever good. Food was actually affordable!

Most people don’t really feel a connection with their grocery store but that’s because most grocery stores aren’t family owned, like Hodson’s Market. Everyone knew everyone else.

Unfortunately, however, Hodson’s Market is now closed. It wasn’t due to slow business or no business or health problems. It had to do with insurance. 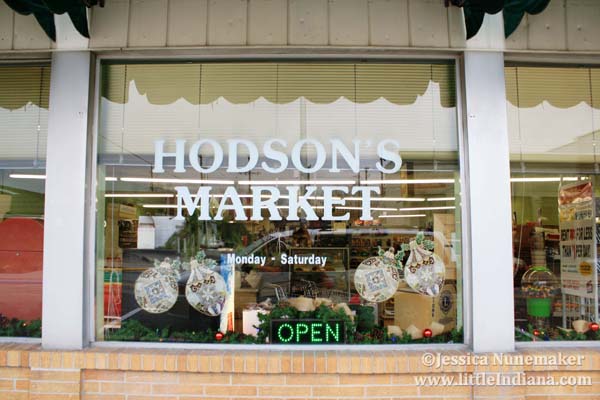 Imagine heading in to the store one morning and discovering that part of the ceiling had caved in! That’s what happened to Hodson’s Market. The second floor had bowed and warped so terribly that it pulled itself down.

At first, they toyed with the idea of closing but then decided to rally through and do a little renovating while things were already cleared out. They asked for suggestions on what to keep and what to let go. Locals quickly chimed in on their Facebook page.

Unfortunately, it was during this time that it was discovered that they would need to jack the roof back up, support it with a new steel beam, then jack the 2nd story floor back up, and support that with a new steel beam. The estimate for the work came in at $50,000. The owners were hopeful that their insurance would help cover the costs.

To say that everyone in that town and beyond was waiting with baited breath to hear the news is a bit of an understatement.

Most Facebook posts, particularly those on small town business pages, don’t receive more than a smattering of likes or comments. Many would consider two likes to be a good day.

But on Hodson’s Market Facebook Page, every renovation status update, including the insurance and lawyer update, are met with dozens and dozens of comments and likes, sometimes even over two hundred likes.

For a town with barely over 1,200 people, that’s a whole lot of love. It also makes it all the more heartbreaking to know that they couldn’t win this one. After eighty years of business, and, what I would assume, after eighty years of paying insurance, insurance wouldn’t cover it.

So, here’s what you missed out on: smiling faces, friendly people, great prices, and changing “hot foods” selection. My hat is off to you, Hodson’s Market. I know you are missed!