The Mixing Bowl Restaurant and Bakery in Martinsville

The Mixing Bowl Restaurant and Bakery in Martinsville 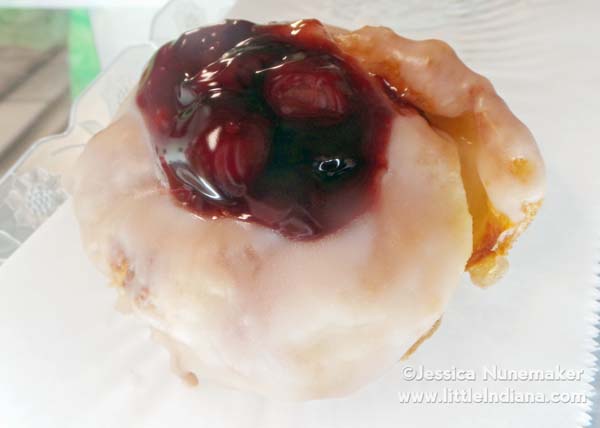 I made a new discovery at The Mixing Bowl Restaurant and Bakery in Martinsville, Indiana!

Okay, so, yes, the restaurant was a new enough discovery for me but they had one particular item I had never had before. Do you know what the tasty-looking item is in my above image? (for the record, yes, it was very tasty indeed) 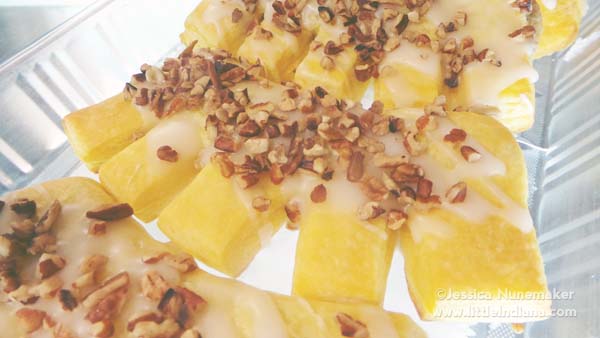 I admit, I didn’t either. See, here’s the thing about me: if I am visiting my local restaurants, they already know what I’m going to order as soon as they see me. I like what I like and I only occasionally mix it up. But when we are out and about visiting restaurants and cafes to share with all of you? It’s always something different!

This trip, I was alone. Kind of. I was with a large group tour and had limited time and a ton of ground to cover. I am pretty sure I ran from place to place. Well, as best as I could because during my visit it was snowing hard and already icy and snowy underneath. Not easy. But hey, I saw the word “bakery!” So, I headed in well after breakfast and really LOOKED at what was remaining.

They suggested the cronuts. Oh, my. Have you had a cronut? They said that they were surprised there was one left because they usually sell out. How lucky is that? I couldn’t share it with all of you if I hadn’t had the chance to try it first!  I broke into it later and…mmm. This cross between a croissant and a donut was totally made in heaven!

The Mixing Bowl Restaurant and Bakery 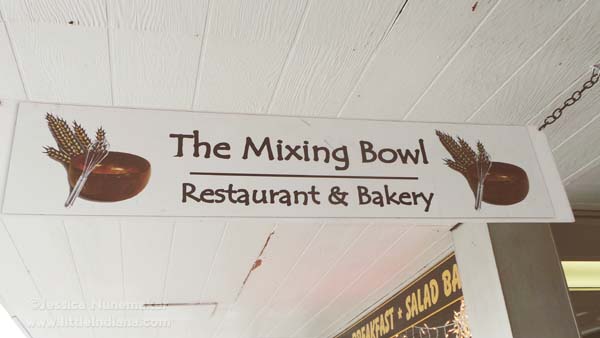 Those bakery cases looked beautiful! But pastries aside, I’ve heard that their food is so incredible that people come from everywhere! I mean everywhere! They have even hosted vegan meet-ups, creating a totally vegan friendly menu just for the group. How cool is that?

They are known for having a way with sandwiches. In fact, unique grilled cheese sandwiches are always a part of the daily special. Locals rave about the tomato basil soup, the (as of this writing) unlimited soup and salad bar every Friday, biscuits and homemade gravy, and fresh-grilled Angus burgers! Really, fresh is what they are all about. They don’t deal in frozen food here one bit. Just the way I like it.

There was no good way to get a shot of the front of this one due to the racing around caused by my schedule not quite meshing with my to do list, all while cradling my bagged cronut against the pelting, heavy snow. When I make a return visit to Martinsville to see the sights I will switch it out. Still, at least you know to look for their logo when walking around this cute little town.

The Mixing Bowl Restaurant and Bakery in Martinsville, Indiana is so wonderful I beg you to check them out! Would it help if I mentioned that they serve breakfast all day and also have local craft beer? Decisions, decisions.