little Indiana received Urban Fold by Paper Punk in exchange for an honest review. My opinions remain mine and mine alone. 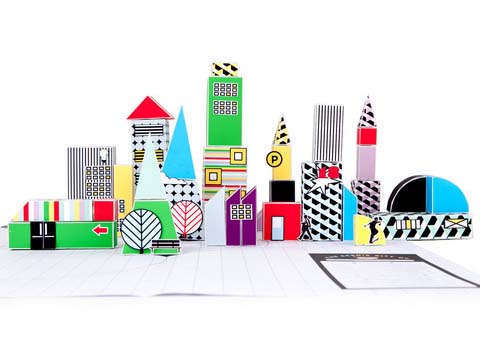 There are only so many times your kids can have fun during family game night, read a book, play in the snow, or get out their [insert usual favorite toy here] when we find ourselves frequently stuck inside during our long Indiana winters. Am I right or am I right? There even comes a point when picking on your brother becomes boring. I know, I wouldn’t have believed it if I hadn’t seen it.

My husband ran errands with the youngest (who still loves to go everywhere). That is when I brought out my freshly arrived box of Paper Punk, the Urban Fold edition. 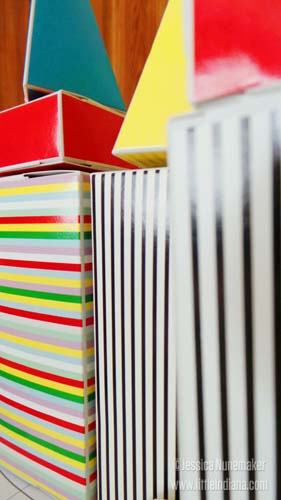 Our nine year old’s eyes lit up. “What is that!” he exclaimed. Sifting through the contents with glee, he was amazed, impressed, and couldn’t wait to get started! I shared his enthusiasm. Now this is a thoughtful product.

As someone who grew up with paper dolls (I had a set of Barbie paper dolls at my grandma’s house and Princess Diana and Prince Charles Wedding at home), this felt like such a momentous leap forward from those days! I mean, these aren’t flat little pieces of paper that have tabs constantly breaking off or that start bending in half at the waist. Sorry, Diana. These forty-eight pieces are easy to punch out heavy-duty 2D building shapes. There’s no time wasted on cutting. With a few simple folds, a tuck-in here, here, and there, they become wonderful 3D pieces!

It is simple for anyone who gets stuck to match up the sequence on each tab. We did not need such help but it is a nice feature for any younger children who may not as easily envision the finished project beforehand but don’t constantly want to have to ask for adult assistance. Two thumbs up for encouraging critical thinking skills in addition to the obvious motor skills.

The oldest has a brain that likes to construct, find faults, and make it better. He enjoys making things with his hands and seeing how things work. He plans on becoming a Lego engineer. He is already keeping a notebook of what he wants to make later so that his adult self won’t forget how kids want to play. Paper Punk combines the best of both worlds: hands-on play that kids crave with oodles of creative options.

Urban Fold from Paper Punk is more than just putting the patterned pieces of paper together, oh no, this one is personal. There are almost 700 stickers to go with the Urban Fold set! They range from people to animals to building decor. Wonderfully thorough, we were amazed at the sheer variety!

So, place the completed buildings on the two-sided accompaniment mat. On one side, multiple city skylines are displayed like Sydney, Rio de Janeiro, Florence, and Tokyo. They list the names of the famous buildings underneath the corresponding shapes as well as the landmark “recipes.” On the other side, concentric circles share how “fun” a part of the city is. A fill-in-the-blank section lets kids name their city and provide important facts like the number and kinds of animals their city contains, the average temperature, and the official ice cream of the city. 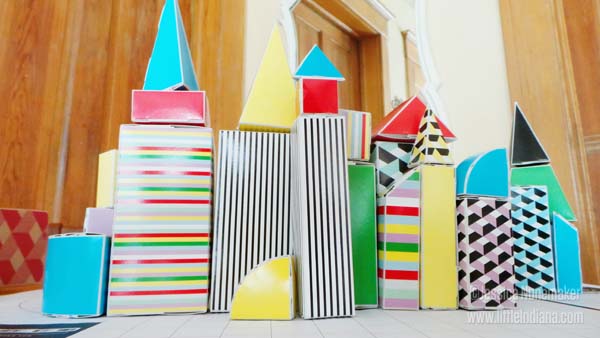 Joined by his five year old brother, Kid #1 was excited to share what he had completed so far. Although it is listed at ages 6 and up, our five year old is a quick little thing. He was not about to be left behind on this one!

The oldest had created a ton of the skyscrapers and rooftops and Kid #2 decided he should be the one to figure out where they should go. He paired up buildings, placed them, and had a lot of fun with it. There’s a very good chance that we will be purchasing another kit from Paper Punk in the future.

They have more 3D folding fun! There are plenty of other smaller options. Robots, animals, and then some, boys and girls will love customizing their creations! I can’t think of a better way to spend a bit of time than reconnecting with that feeling of constructive DOING free from the glare of an electronic device. Isn’t it time kids had a chance to be kids again? Unleash their creativity with Urban Fold by Paper Punk.