Where do you find the agritourism business that is said to be the only pork education center in the nation focused on transparent pig farming? At Fair Oaks Farms in Fair Oaks, Indiana.

This small town, an unincorporated community, holds a booming “edutainment agritourism” venue that’s always growing, changing, and providing more things to do for visitors from around the world. 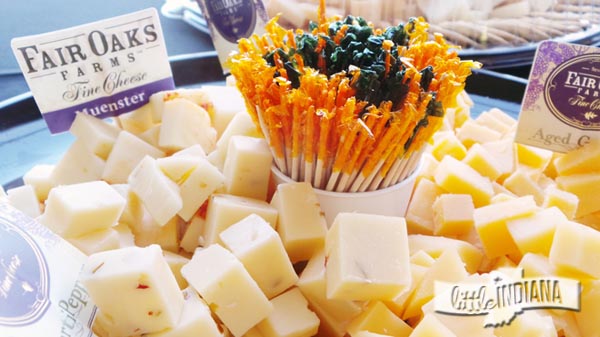 It’s been a big project! But that’s the way they do things at Fair Oaks Farms. It’s all on a grand scale!

Beginning with the Fair Oaks Dairy Farms in 1999, when four farmers joined forces, and their 12,000 dairy cows. Five years later, they began Fair Oaks Farms Dairy Adventure, an educational look at what large-scale farming is really like, with its cow birthing barn and the dairy barn with its rotolactor, or “rotary milking parlor,” a slowly spinning platform that is capable of handling large numbers of cows for milking purposes. Interestingly enough, the rotolactor was developed back in 1913 in New Jersey but was delayed due to World War I, and not made reality until 1930. It became a unique addition to the operation.

But they didn’t stop there! Plans were made in 2011 to take Fair Oaks Farm to the next level, to introduce folks to modern farming practices who may have never been on a real farm until then. The Pig Adventure opened in 2013, with its self-guided walking tour and view of the pig barn, it provided more ways to educate non-farmers. With the opening of the 18,000 square foot Farmhouse Cafe (seating 265 people) in the summer of 2014, it became a destination for so many reasons!

The Pork Education Center promises to add one more enjoyable attraction to enhance the current offerings. 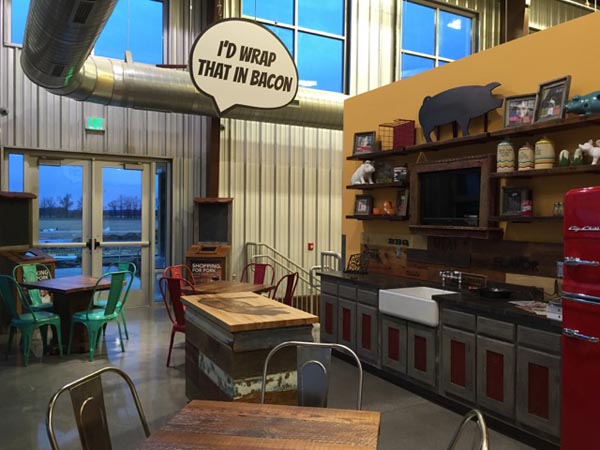 What can you expect of the new Pork Education Center at Fair Oaks Farms? It’s all about pork products. There are pig-related games for the kids, a storyboard, a ropes course, pork selection techniques, and even a tree house complete with a “bacon” slide and “real” fireplace! You can look for an upcoming peek at the tree house custom-made by Daniels Wood Land, Inc., (of X-Wing Cockpit Star Wars Celebration in Annahein fame), soon to be featured on the Animal Planet show Redwood Kings.

What better way to introduce another large-scale addition than with a grand opening event that’s sure to draw in folks from around the country?

As for the grand opening event, Brian Martin, president of the board of directors for the Fair Oaks Pig Adventure, shares “The grand opening celebration for this one-of-a-kind attraction will feature industry leaders, consumer products, great musical entertainment, delicious food and fun activities.” In other words, it is all set to be a huge family-friendly event!

Says Martin, “We could have opened this amazing education center with just a ribbon cutting, but the creative minds of our board members and those at Mixdesign wanted to come up with a fantastic way to celebrate such a special building. I think we have planned a very memorable day.”

How memorable? Well, there will be a battle of the chefs’ pork cook-off competition, pork and related product samplings, and even a “bacon shake” for the kids, as well as plenty of children’s activities, along with a few other surprises. But perhaps the most hoggerific (I couldn’t resist) part of the day is the scheduled performance by the Bacon Brothers Band, Michael and Kevin Bacon (yes, THAT Kevin Bacon)!

Tickets for “A Sizzling Day of Bacon” 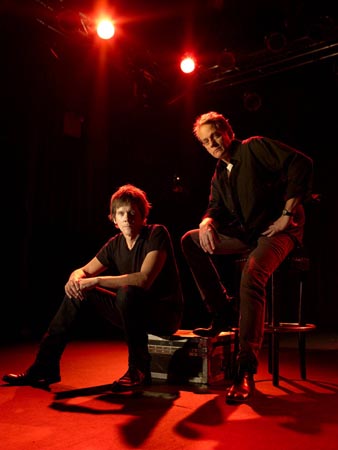 Fair Oaks Farms in tiny Fair Oaks, Indiana is more than a destination for city kids or for school groups or buses of seniors. It’s a place where long retired farmers go to see how farming practices have changed in the decades since they left as well as an opportunity to reconnect with farming roots.

Their facilities are all handicapped accessible.

For tickets to the BIG grand opening of Pork Education Center, a “Sizzling Day of Bacon” please visit the Fair Oaks Farms website or purchase online at TicketWeb. Tickets for the day’s events run $45 for adults and $21 for kids. The tickets include the concert as well as access to Dairy Adventure, Pig Adventure, and the educational centers at Fair Oaks Farms.