Although anywhere carrying ice cream ranks as a “must visit” for me, they even make their own homemade ice cream! And they carry more than just vanilla and chocolate. 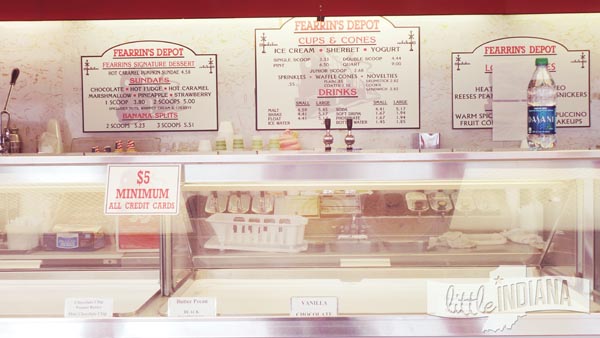 So many people consider Nashville, Indiana a shopping destination. While that is definitely easy to see why, I think it should also be a destination for ice cream lovers! There’s not one but two ice cream parlors that both feature homemade ice cream! Having previously written about Miller’s Ice Cream House, it’s time to put the focus on Fearrin’s Ice Cream, located at the other end of the small town. Easy access no matter what side of town you find yourself.

You never know quite what to expect other than it is almost guaranteed amazing! Get it in a homemade waffle cone or try something different… 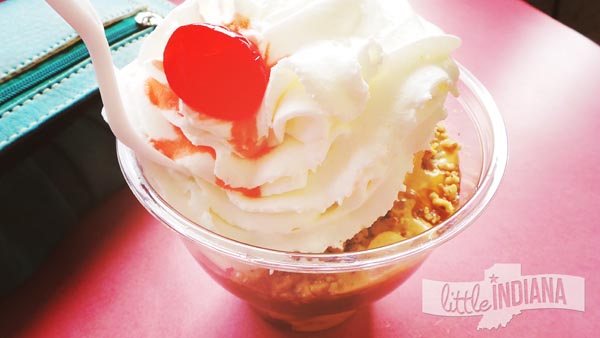 You get to choose your own three flavors of ice cream and toppings! Now that is a memorable treat. I love when I get choices because, seriously, does anyone really want pineapple on there? Or is that just me?

Everyone always has a favorite flavor of ice cream. Mine? Well, okay. It depends. At Fearrin’s Depot, though, the pumpkin ice cream is homemade and really what you want in a pumpkin ice cream. I have never tasted anything better! Oh, wait. Yes, I did. But that’s only when it was combined in a fantastic sundae with hot caramel!

Topped with nuts (if desired), whipped cream (again, if desired) and a cherry, the Hot Caramel Pumpkin Sundae is a beautiful (and delicious) work of art. I asked the owner where he came up with this, seeing as how this once highly anticipated seasonal favorite gained so many followers it became available the entire time they are open! He said that it was created by a long ago employee. Isn’t that neat? 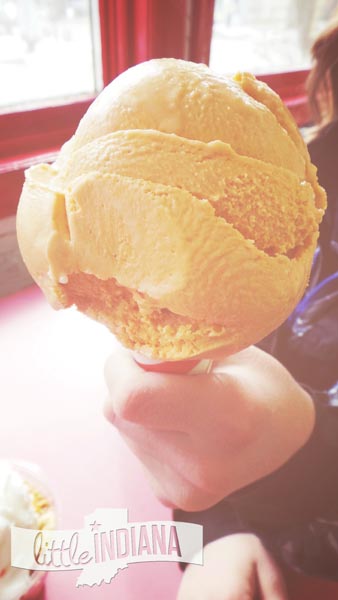 The horse that gives tours around Nashville? He’s a regular customer. Good thing he is close by! I have heard that every weekend he gets peanut butter chocolate chip ice cream in a waffle cone and a chocolate mint chip waffle cone. Sounds like a horse with my tastes!

I love when folks will joke around a bit. I had to ask the owner if he still ate ice cream! Absolutely he does! That’s also where his other products come in.

When he’s had too much ice cream and just doesn’t feel like eating it anymore, he can fall back on the homemade truffles, the 1/2 pound chocolate chip cookies (yes, that reads 1/2 pound!), or whatever else they decide to whip up. It also means that even folks who don’t love ice cream like I love ice cream will find something to tempt them.

There isn’t a ton of seating in here, just a few tables and chairs, but there are benches outside. There is also a drinking fountain inside. That’s a wonderful feature if you, like us, don’t ever drink soft drinks. There is no public restroom. 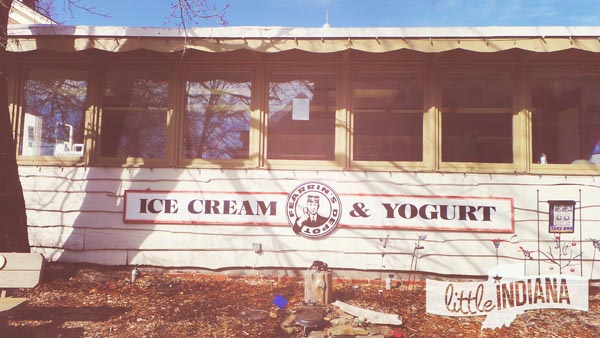 Now, this would be a good time to remember one of the rules of little Indiana: always carry cash! They do accept credit cards but it is a $5 minimum (at the time of this writing)–and you know that businesses get charged a fee for that, right? Just bring cash and make it easy.

Follow along with the latest homemade ice cream flavors on the Fearrin’s Ice Cream and Yogurt Depot on Facebook. This is a seasonally opened business so please call ahead before making a special trip.

Just don’t forget to tell them that  Little Indiana sent you.