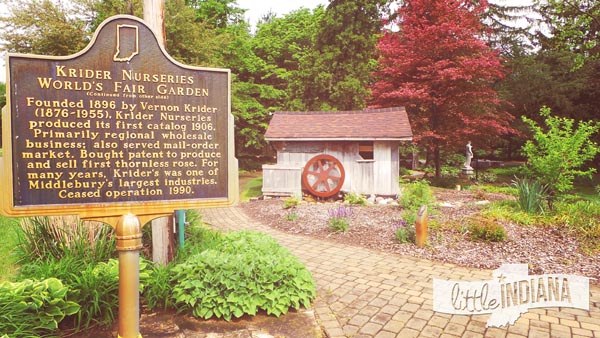 Ask anyone if they have been to Middlebury, Indiana, and they are quick to mention that it is Amish country. While this part of Indiana holds the most Amish folks in the state, the third largest in the country, and a population that doubles every twenty years (because, according to Elkhart County Tourism, the Amish often have families of ten children or more), there’s more to Elkhart County, and definitely more to Middlebury, to explore.

For a different sort of scenic view, yet just as unique, head to Kriger’s World’s Fair Gardens.

Tiptoe Through the Towering Mushrooms 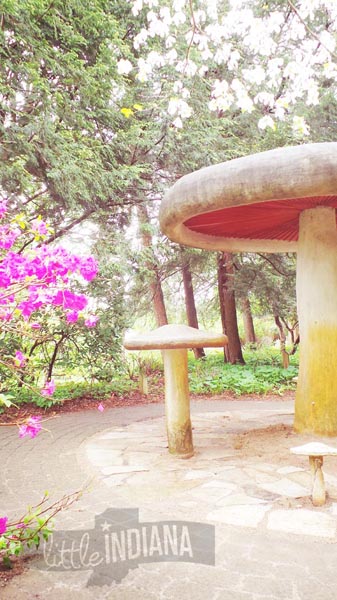 Why all the hubbub? It was the celebration of Christopher Columbus and his 400th anniversary of “discovering” the New World. If you want to find some interesting reading, look at the 1893 Columbian Exposition, also known as Chicago World’s Fair or, for something more sinister yet also informative, (affiliate link) The Devil in the White City: Murder, Magic, and Madness at the Fair That Changed America

For a wonderful (and free) read, take a look at what Isaac Asimov wrote about “The World’s Fair of 2014.”

The 1933-1934 World’s Fair was also celebrating a milestone, the 100th birthday of Chicago. Its contribution to society and new attractions were no less staggering. These events brought out the best of the best. This fair held such sights to see as “the world’s biggest fountain” with its 75-foot diameter ring, the Sky-Ride, a $1.4 million dollar passenger car, and the Burlington Route’s diesel-powered (and record-breaking) Zephyr.

Modern, Art Deco architecture, as mentioned in Brittanica, now featured “rainbow colors,” a much different take on the gleaming 1893 White City–and promised folks a hint of the better life once the Great Depression was over. It was definitely getting some attention!

In only two seasons, this 1933-1934 fair amassed a whopping 48,769,227 visitors, so says Wikipedia. It was the first time that the fair had paid for itself. So how does a piece from Middlebury, Indiana end up in Chicago?

It all began back in 1893. According to the signage located at the garden, Vernon Krider graduated from high school and knew he was going to attend medical school. He wanted to be a doctor. Unfortunately, it was during the Panic of 1893, the worst financial crisis the United States had experienced at that time. Paying for medical school was not in the cards.

So, Vernon’s father gave two acres to his son. With it, Vernon could now grow and sell small berry plants like raspberries, blackberries, and dewberries (a fruit similar to the blackberry). Plants take time so it wasn’t until 1896 that Vernon Kriger made his first sale: $25 for the sale of 5,000 raspberry plants. 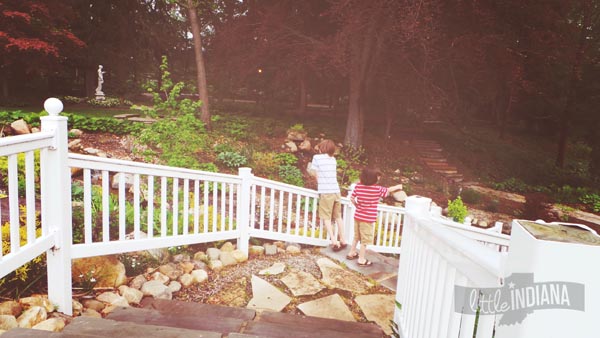 He taught school over the winter months, hiring on one employee to take care of the land in his absence. Just two years later he had earned enough from selling his plants to purchase thirty more acres located right next door. He added more berries and began planting grapes as well.

Now in ownership of thirty-two acres, he switched his acres for his father’s acreage, and expanded again in 1905, with the purchase of forty acres. In 1907, he introduced more plantings and even fruit trees as he acquired sixty-seven acres to add to his total.

The first nursery was built in 1908, with an addition added just eight years later. Krider Nurseries marked its incorporation in 1923 and, according to the plaque, it was the same year that the New York Central Railway Switch was situated to the side of the building, allowing the nursery to receive evergreens and shrubbery.

“Glories of the Garden,” Krider Nurseries first colored catalog was printed in 1925. Unfortunately, it also experienced a setback: a fire tore through the packing building, destroying equipment and newly growing stock. But it didn’t slow down! The new buildings were finished the next year and more land was acquired, taking the total acreage to 405. 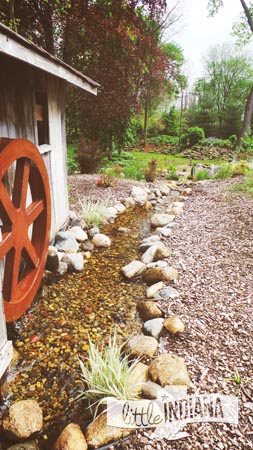 Krider Nurseries was just getting started. They chose to be a part of the 1934 World’s Fair.

The attraction was said to have held $10,000 worth of plants from around the world. Giant mushrooms, windmill, and waterfalls appeared at every turn of the path, much like the Middlebury garden today. With that kind of an investment, it is little wonder that, after the fair, many of the plants made their way back to Middlebury.

For Krider Nurseries, it marked the start of a thriving mail order business, thanks in large part to the more than 200,000 nursery catalog addresses captured during the fair.

For Middlebury, Indiana, it resulted in pieces (and replicas) of the 1933-1934 A Century of Progress International Exposition in Chicago. So many people were ordering plants from the nursery that the government actually expanded the post office, giving it “first class” status–and this was only a town of 1,000 people!

By 1944, they were the town’s largest employer (employing 100 folks) and had patented “Freedom,” a thornless rose. Interestingly enough, while trying to hunt down more information on this variety of rose, it is hard to find on the internet.

In fact, it looks as though the grandson of Vernon Krider, a Rex Krider, was searching for the very same information. Judging from the forums he posted in, it appears that he was trying to obtain a cutting of the rose so he could install it in the Middlebury garden. Does anyone know if he succeeded in his hunt? 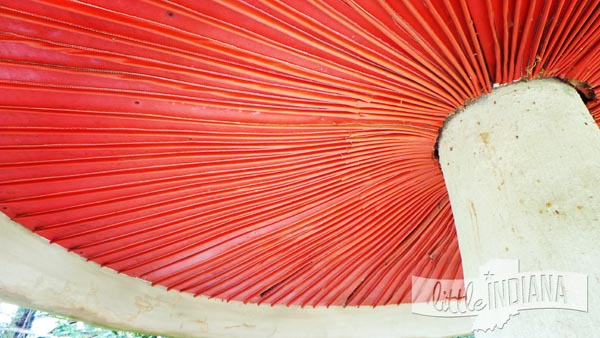 In 1955, the nursery spent $22,000 on shipping alone. Every state in the United States and many other countries received Krider’s plants. South Africa, Siam, and even China were reported to be among the countries who received Krider goods, according to the plaque. Vernon Krider, an avid reader, and a writer of poetry, passed away in 1955.

The business was maintained until its sale in 1988, a fact that makes me incredibly sad. The business officially closed in 1990 and the buildings were razed a few years later. Fortunately, stockholders gave the town the gardens in 1993. The park is open from dawn to dusk. Although the 10-foot tall concrete mushroom and the water wheel are original, some structures are reproductions.

All my life I’ve had a vision
Of a rose without a thorn –
Red in color, rich in fragrance,
And, behold, this rose is born.

A hundred bushes I have planted
Near my office in the sun;
They will be my greatest pleasure
As my course of life is run.

Not a thorn appears upon them;
Gorgeous flowers are now in bloom;
Through a freak of nature’s doing
Life has banished all its gloom. 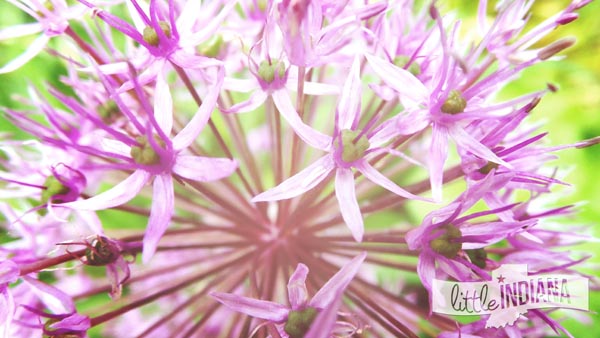 It’s short and sweet. A mere 2.4 acres compose the garden replica today. Yet somehow it feels expansive, spacious, and restful. There are stairs leading up and down the sloping land of the gardens decked out with scenic touches like sculpture and hidden nooks. Paths lope along with, flanked by a variety of trees and flowers and bushes. It is a lovely green space flecked with flowers and the sounds of falling water that bumps up against the Pumpkinvine Trail.

I’ve been told that Krider Gardens is frequently the site of weddings. It’s a favorite spot for folks looking for a bit of quiet, a spot to enjoy a meal or do a bit of people-watching.

If you are familiar with the plantings in the Krider World’s Fair Garden, please share it with readers below.