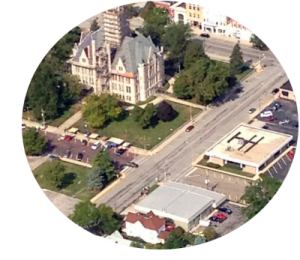 It began with a parade through the downtown square one cold December. Sirens blasting, horns honking–it was loud. It was also unexpected. We didn’t know about this annual holiday tradition in our new small town.

After all, if we didn’t know about this big event, and we lived right there (and half a block away), then how many other people didn’t know?

I was still thinking about it long after the last twinkling light had disappeared down the street. You see, I had been freelance writing for awhile. I kept hearing that I needed a website of my own. Finding a topic I knew I would stick with was proving…difficult.

That parade was the beginning. It took a year to figure out the “how” since I didn’t know anything about creating websites or what form I wanted the site to take, but Little Indiana finally went live twelve days before the birth of our second son.

They will both be nine in September of 2018. 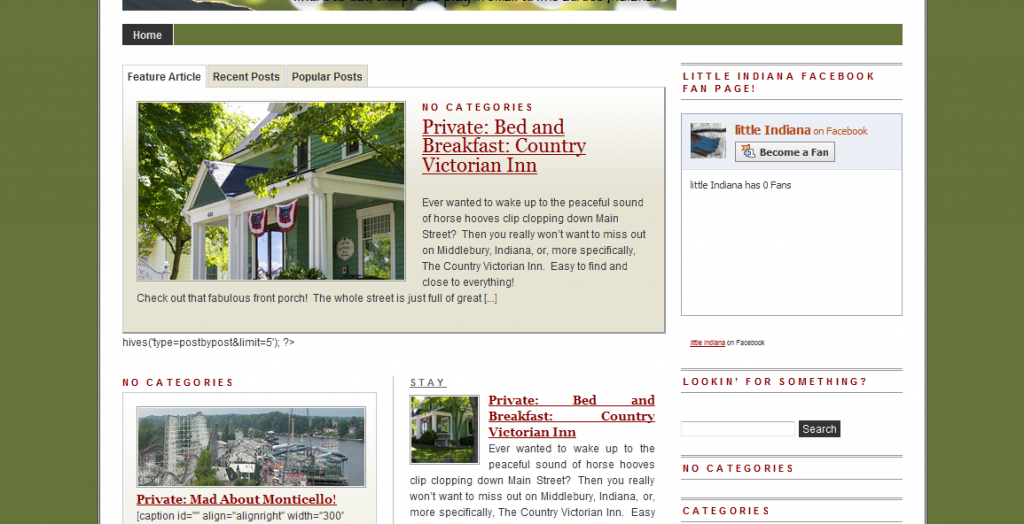 Little Indiana Homepage August 2009…Before There Were Fans 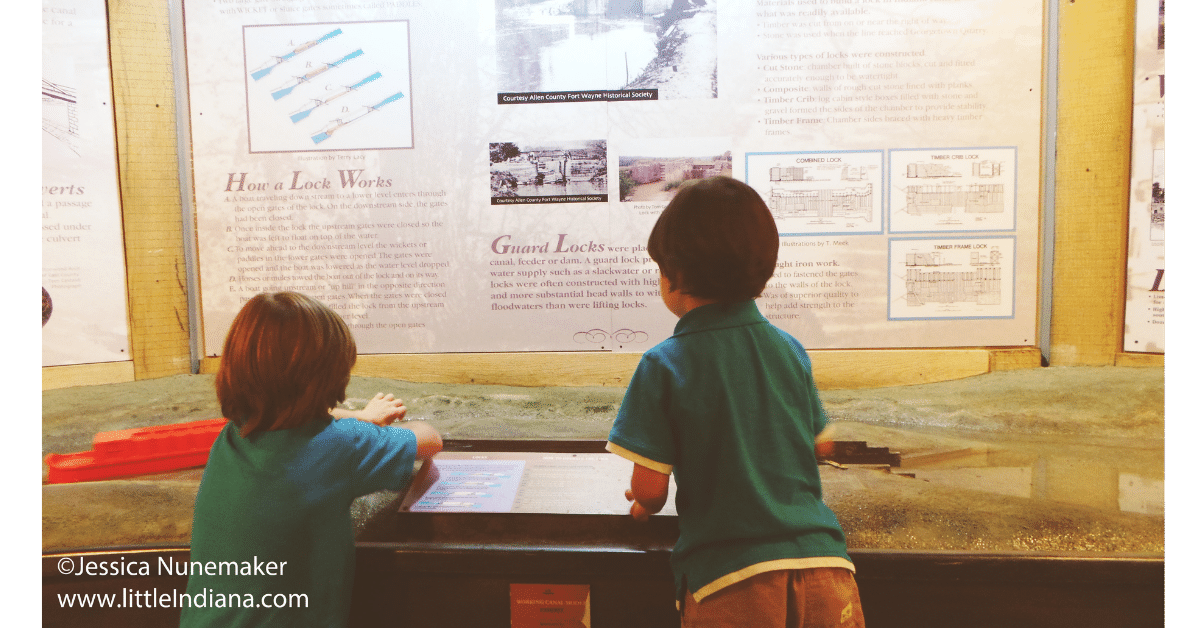 Hopefully, your Indiana travel adventures always go off without a hitch. What you will find on these pages look effortless. But behind the scenes is another story. Those first few years of Little Indiana were rough.

In case you didn’t know, most websites are abandoned entirely within the first nine months. Sticking with something new and making it work aren’t easy. There was something else too, in those early years:

I don’t mean to say that he couldn’t fall asleep. He could do that just fine. But he woke up a lot. As in, 2-4 hours every night. He wasn’t able to take naps so we couldn’t either. He woke right back up again.

My husband was working at an Iowa wind farm. He would make the long drive back to us every two weeks or so. Then, he would have one full day at home before he’d have to make the return trip.

Somehow, I stuck with the website. When he permanently returned to Indiana, I had successfully managed to keep the site updated (it was something I worked on every evening) but our baby still wasn’t sleeping.

Our family doctor gave us a bottle of “drowsy drops.” It didn’t work. His response? “Sorry about your luck.” Fortunately, my husband made his way to an Indiana wind farm so I had help.

We asked family members, friends, people at our church, and strangers on the street if they had any ideas. There were plenty–and we tried them all.

We kept telling everyone that it wasn’t like he couldn’t go to sleep. He could do that on his own without any trouble. He just couldn’t stay asleep. 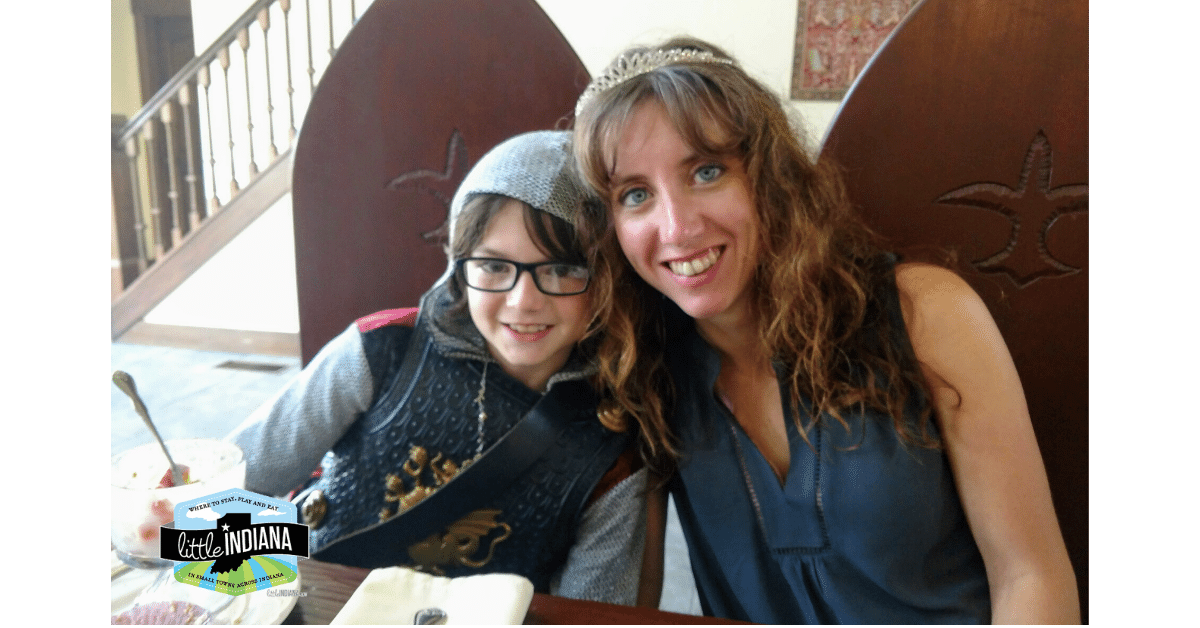 Our baby was now eighteen months old. By the time we would tuck him into bed at night, my husband and I would cry. We were so tired and knew we would be up again soon.

We were still taking trips for Little Indiana and that was rough. The day was so full of exploring, walking, and driving and then we’d have multiple wake-ups from the youngest during the night. It was exhausting. But. I kept going.

As worn out as I was, I enjoyed the traveling. I loved that we were out there doing something.

Readers would tell me childhood stories, about their recent visits, and where they planned to head next. Business owners would share that they had received an increase in foot traffic.

How could I stop what I was doing? I pressed on.

After we had exhausted a considerable list of home remedies and “get your baby to sleep” suggestions, we visited the chiropractor because, really, who considers seeing a chiropractor when a baby can’t sleep? But we had kept hearing his name mentioned from more than one person so…that’s what we did.

The chiropractor practiced reflexology. That was different. We didn’t want to get excited but…he listened to what we said. He suggested a variety of vitamins. That night, our youngest slept longer before waking up. After a week, he was sleeping through the night. He could even nap.

Those early days were the darkest days. Is it any wonder something like 95% of blogs are abandoned? But here we are, eight years later.

The Real Deal of Travel Writing 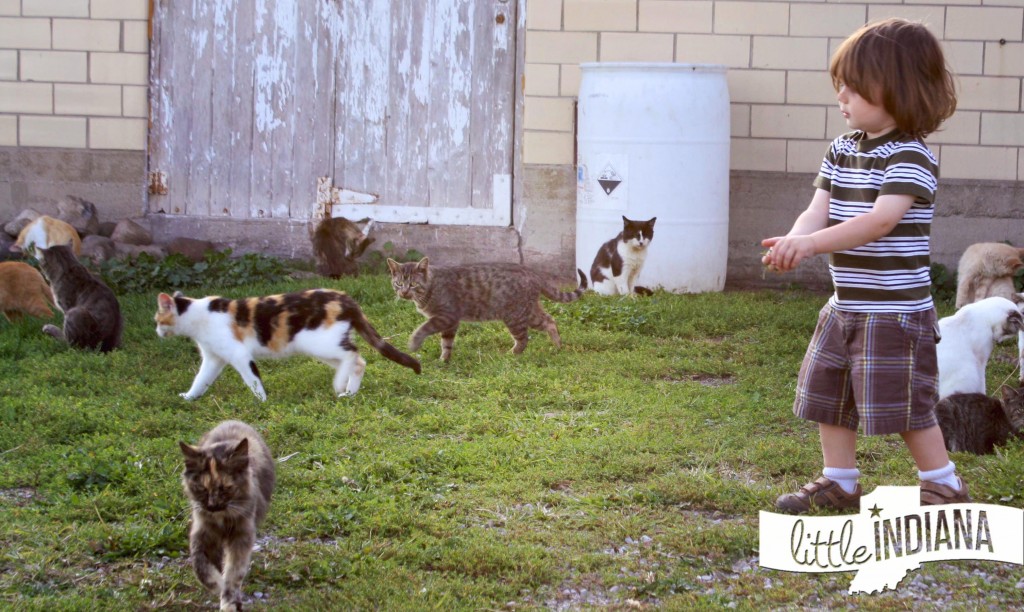 The Truth about Travel Writing

You’d never guess the rough early years of Little Indiana or that things often didn’t go as planned. They didn’t then and they don’t always now either.

You probably also wouldn’t know that before I took these pics at Jones Robotic Dairy in Star City, our youngest had gotten carsick when we were only eight minutes away from our destination. We knocked on a stranger’s door, asking to borrow their hose so we could at least clean off his car seat.

Upon arrival, we had to borrow the owner’s granddaughter’s clothing so he wasn’t half-naked in a diaper. The rest of the trip, however, was wonderful.

You wouldn’t know that the air conditioning in our old car, may she rest in peace, stopped working, that two of the four windows decided to stop rolling down, and it would overheat in an instant…all during a horrible heat wave when we were five hours from home. We ate a lot of ice cream that day. 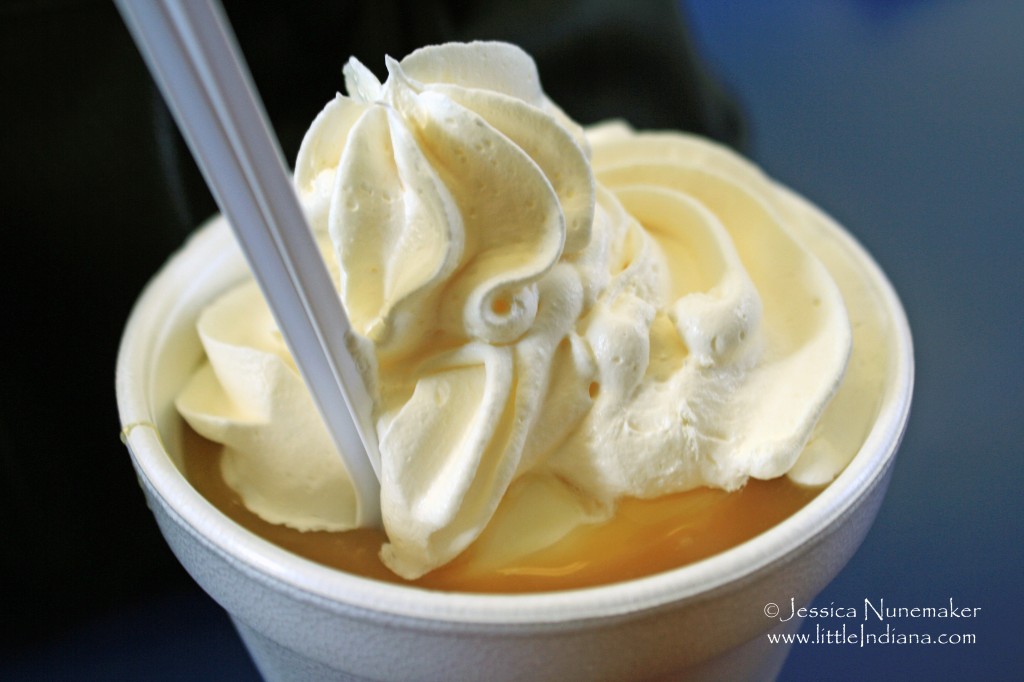 Dairy Master: Loogootee, Indiana, one of our “too hot, must stop” moments

Or the time when the youngest (again with the youngest) had gotten carsick in the car (again) but I had a chili judging to attend–so my husband had to bring our diaper-clad baby to a shop to grab an entire set of clothing from head to toe (including a winter coat). 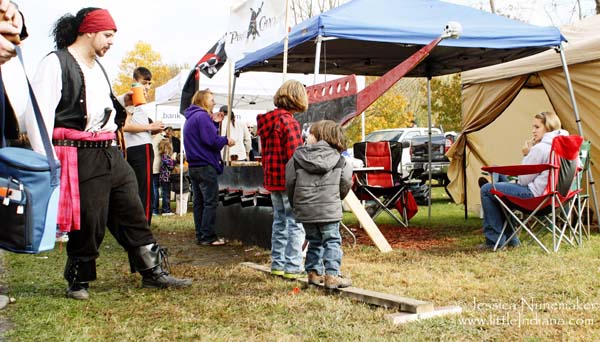 The youngest in an entirely new set of clothing, right down to his winter coat, at the chili cookoff 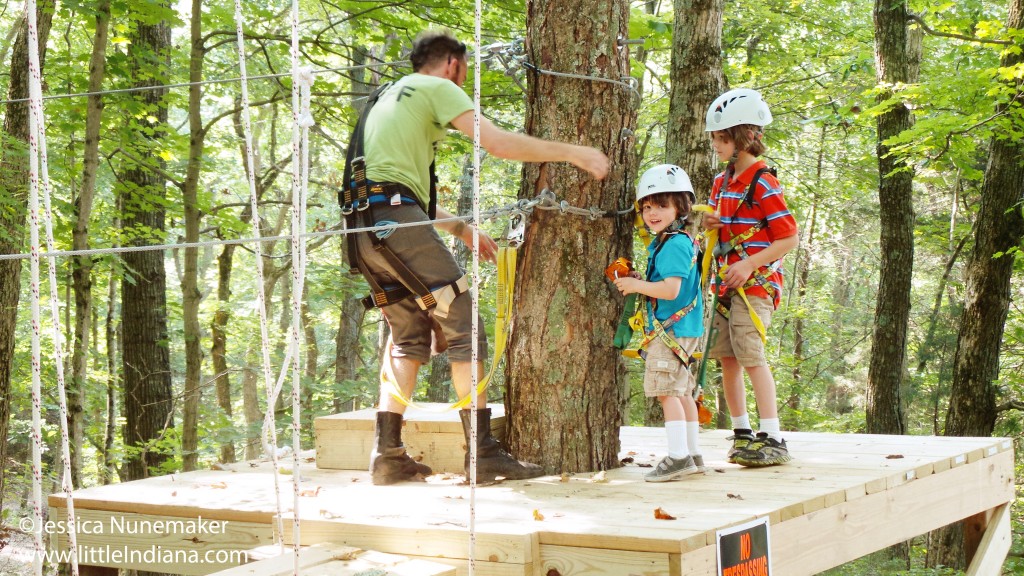 You can almost feel the fun we’ve had.

Let the unique and interesting places here on Little Indiana inspire you to venture forth down those country roads, to pop off the interstate for a change, and to keep driving until you head to the nearest town. What will you find?

These are our stories. Why not make your own?

To begin, visit my “How to Travel Indiana” page.