The Santa Claus Museum in Santa Claus, Indiana is your connection to an unusual history.

Not only is it the only Indiana town with that name, it’s the only town named Santa Claus, period. This is just the place to hear all about what you know is going to be an awesome story. 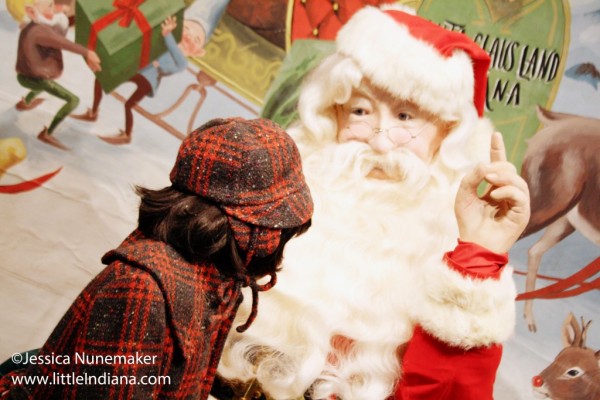 You might know Santa Claus, Indiana as the place to find Holiday World but there’s a lot more here than that. Back in 1928, the Post Office decided that there would never be another town with the same name–there was just too much mail coming in addressed to a certain cookie-eating, milk-loving, present-toting man.

But that’s just one of the things that make this small town unique. If you browse through the museum, you’re sure to learn a few more.

How did Santa Claus gain national recognition? That would be due to Ripley’s Believe It or Not cartoon. Yes, Ripley’s published an item in 1929 featuring the unique name of the town. Letters flooded in like never before, numbering in the million. The town would never be the same.

All the hubbub surrounding Santa Claus, Indiana garnered the attention of two rival developers. These men set out to create their own Santa-themed venues back in the 1930s. Remember, this was before Disney. No one  was exactly sure what they were going to do–this is when Santa’s Candy Castle began: The Nation’s First Attraction.

The First Themed Attraction in the United States 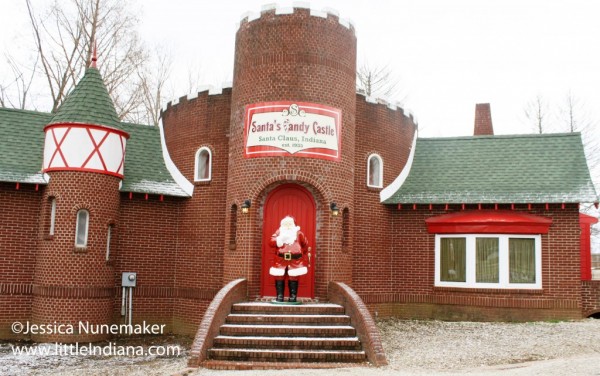 Believe it or not, Santa’s Candy Castle was completely free. The big toy companies of the day, like Lionel Trains, Daisy Air Guns, Curtiss Candy Company (think Butterfinger and Baby Ruth), and others, sponsored booths where children could try out toys and play to their hearts content.

Toys were not available for purchase there so there was no pressure–just fun. In times of economic hardship, this was a way for children to still experience Christmas morning.

There’s a very interesting history regarding the two Santa Claus developers and their plans for the area. Make sure to check it out. Better yet–ask someone from the museum or Santa’s Candy Castle to tell you all about it. It’s fascinating stuff. 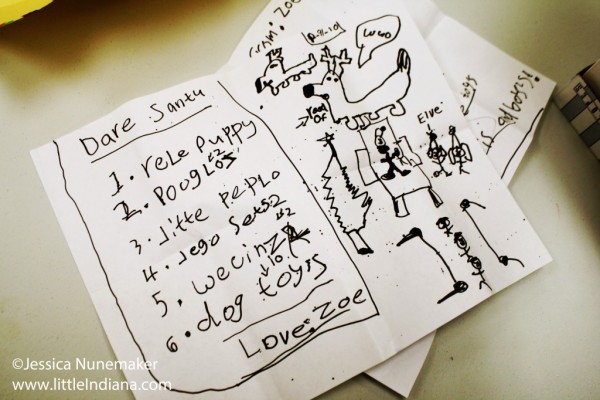 The Santa Claus Museum is full of history and mementos surround the town Santa Claus–Jim Yellig. This man didn’t just play Santa, he was Santa.

You may notice other Santa’s around town, like at Santa’s Lodge, who raise one finger in the air. This is in tribute to the original Santa, Jim Yellig, who created this move.

There are many heartfelt mementos from Jim’s forty-plus years of answering children’s letters. You can read how he got his start as Santa (it’s a great story) and view photos from the past of the many children who sat on his knee and whispered what they most desired for Christmas.

You can’t miss the Player Piano in the corner. It really works–just ask for the staff to turn it on. That’s a kid favorite right there. It’s like magic, right?

You’ll also find a few other non-Santa artifacts here. Spencer County was home to Abraham Lincoln during his formative years. But Santa is definitely the star of this show.

There’s always more where that came from. Stay tuned for children’s letters, video, and more.