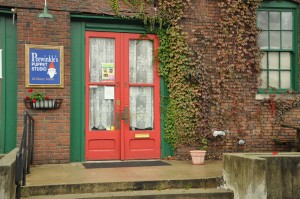 The red door lured us into Peewinkles Puppet Studio in Indianapolis, Indiana one rainy Saturday afternoon.

Inside, a 50-seat puppet theater attracts kids of all ages as families enjoy eclectic performances that blend storytelling and puppetry.

The sign at the entrance displayed a gnome who is named “Peewinkle.” Peewinkles Puppet Studio, located just a few blocks south of Circle Center in downtown Indianapolis, is oh-so charming. The studio boasts second and third generation string-pullers.

Peggy Melchior, Debbi White and Heidi Shackleford, of MMHP Puppet Productions Inc., are behind the studio’s creation. You can tell in their eyes and through their warm greetings with everyone who walks through the door–they truly enjoy what they do.

The owners grew up with puppets. So did many of us. Whether in a school project or simply creating a sandwich bag puppet, this performance takes us beyond what we could ever imagine in a world of puppetry.

We were wowed as Heidi, the Puppeteer, introduced us to strange and slightly creepy creations including ghosts, skeletons and scarecrows. All the characters come to life in the small space. 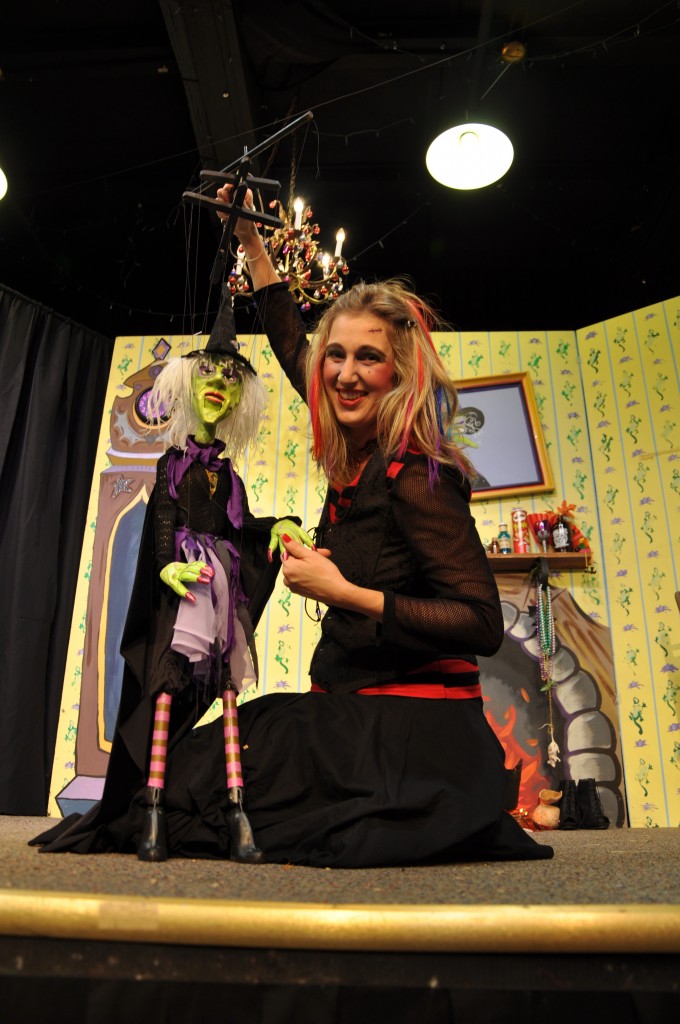 Puppets line the walls as well as memorabilia. As you enter the theater there is bench seating. Before you sit down, a handful of students who are actually at Peewinkles Puppet Studio studying to be puppeteers, will hand you a warm bag of complimentary popcorn.

The colorful set features a small hand-made grave and pumpkins with glow-in-the-dark features. Small lights hung from above along the low ceiling inside the theater.

We were enthralled by the intricacy of the set. The Marion County attraction is comfortable and cozy.

During the 45-minute performance, the room fills with laughter, even shrieks as we became entranced in the magic of all things Halloween.

Since medieval times puppets have been popping up in temporary booths to delight and horrify crowds in equal measure. It is a timeless form of entertainment and something very different than what kids are exposed to daily.

One thing that strikes me about each puppet is how expressive the outline of each one is, as individual as handwriting. They are captivating onstage. 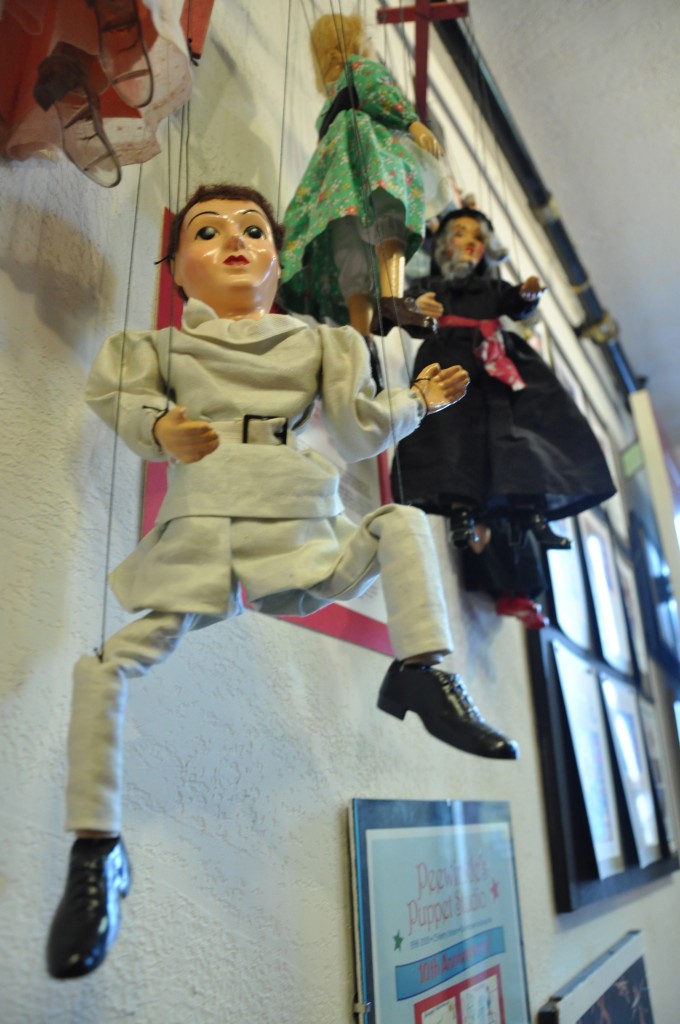 But, if you can’t make it there’s always “Christmas at the Puppet Studio” which features lots of audience participation, music and fun.

With each show, you’ll meet a diverse cast of characters to retell classic stories.

Our son giggled in admiration to this more traditional form of entertainment as his eyes opened wide.

Don’t just live in the city–explore it! Make a memory.