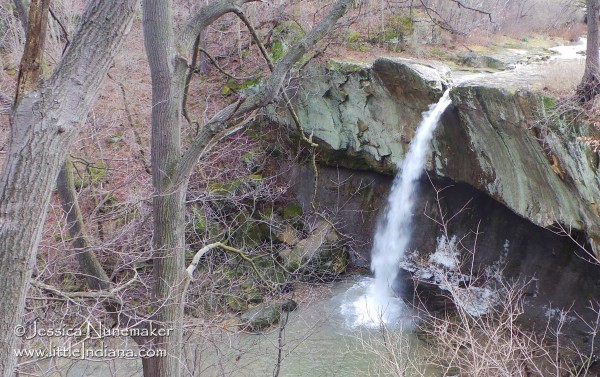 If you didn’t know it was there, chances are you would drive right past the site of Indiana’s Tallest Waterfall, Williamsport Falls in Williamsport, Indiana. It’s located in a peaceful, pretty area with the trees, and the rocks, and the moss growing over them. Add in the splashing of the water, and you have a nice, interesting, and unique Indiana destination.

Located right downtown in Williamsport, Indiana, it’s hard to believe that there is not only a bit of a wooded area, but a waterfall–and Indiana’s highest waterfall at that. At 90 feet high, it isn’t a roaring and rushing waterfall, at least not usually, but it is worth a look. 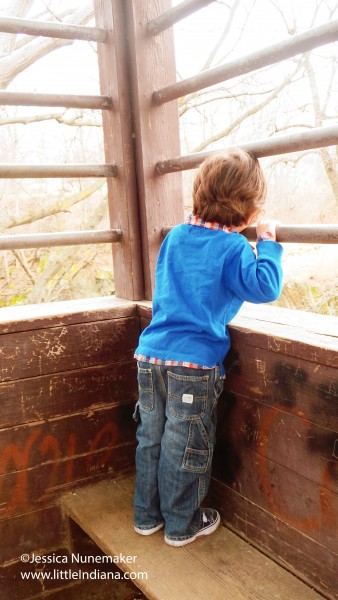 The oldest was so excited and couldn’t wait to get out of the car. The youngest was intrigued. He is a toddler, so that’s kind of his norm.

I mean, a waterfall right behind the downtown buildings here in Indiana? Who would have thought? I love it! Don’t you wonder how that was planned? Why did the town choose to build right here? What was happening then to make them decided to place their town bumped up against a waterfall?

At the 2010 census, Williamsport boasted less than 2,000 people. It isn’t exactly a huge town. Even so, other than Indiana’s tallest waterfall, it possesses another claim to fame.

Williamsport’s Other Claim to Fame 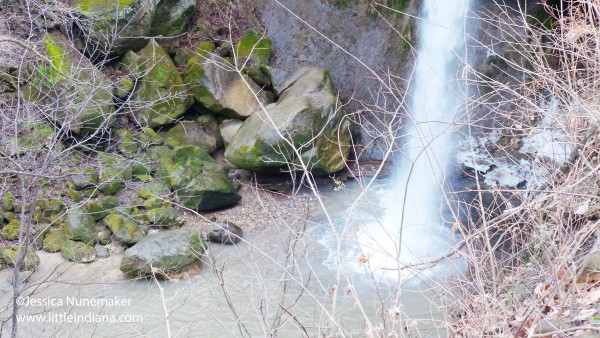 He did seek the presidency in 1916, but his Prohibition Party candidacy made him unsuccessful in his bid. I enjoy a glass of Indiana wine every now again so his views on alcohol don’t exactly align with my own. I do, however, find his childhood interesting.

His mother was blind yet she somehow taught him to read at home. This was a time of log cabins and pioneers–Hanly was even born in a log cabin in Illinois. When he was older, he supported himself through odd jobs so he could attend teaching school in another county, even sleeping in barns.

Really, it just goes to show that there are all sorts of exciting discoveries just waiting to be made in your own backyard. Can you find the American Indian hidden in the rocks by the waterfall? If your eagle eyes were able to pick it out, please share your triumph in the comments section below. It’s not easy to spot–until you see it. Then you will wonder how you ever missed it. 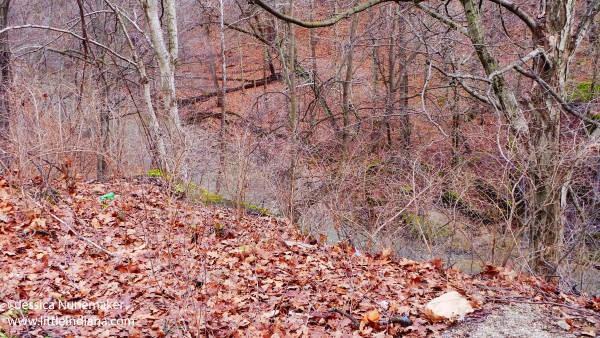 Williamsport Waterfall in Williamsport, Indiana is Located in a Lovely Area

If you found this article helpful, please “like” it and share it with your friends. Have you been to Williamsport Falls? What do you think is the best time of year for a visit? Let me know in the comments below.