Ready for a slow cooker Italian Chicken and Rice recipe that’s not only easy to make but uses very few ingredients? I was too–so I was happy to find this one but also a bit skeptical:

The short answer is…

…a resounding “Yes!” Stepping into the front door and remembering dinner is already done, thanks to delicious aromas filling the air, is a good feeling.


This is an amazing recipe for many reasons. Shall we count the ways?

There are times when I just cannot (or do not) want to be in the kitchen for a chunk of my day. There are also times when I don’t want to have to run errands to buy the ingredients I need. There’s nothing fancy in here. For me, that’s a part of the appeal.

I like to think of this recipe as a good base too. I always recommend that beginners make a recipe as it is written, but for a seasoned cook, slow cooker recipes aren’t difficult to tweak. In fact, you could incorporate additional ingredients that suit your family’s tastes.

What would you like to add? Do you love mushrooms? Add some freshly chopped mushrooms. How about sauteed carrots, celery, and onion for a traditional soffritto base (it’s Italian, like me)?

It’s okay to play around with slow cooker recipes. That’s part of the fun. I typically try the recipe the way it was originally posted the first round…

…and then I dig in and experiment. Try not to add in so much that the liquid amounts are thrown off. Just remember to add a little more in, if needed. Just wipe the lip off around the slow cooker so you don’t have to hear the sounds of water splashing around if you spill a little liquid. Not that I have ever forgotten to do that and regretted it later.

Short History of the Slow Cooker 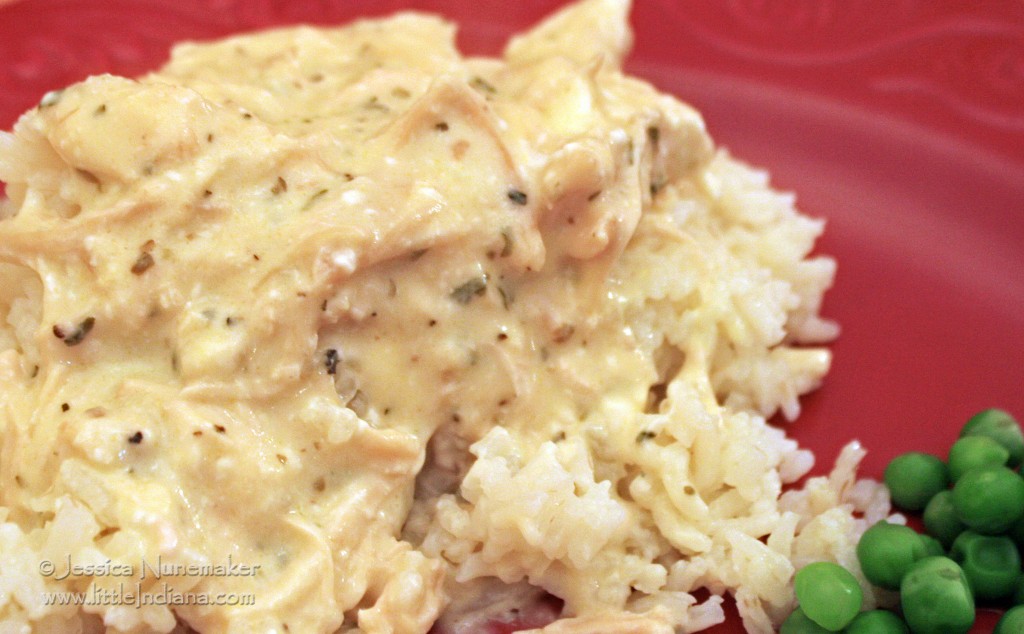 Slow Cooker Italian Chicken and Rice Recipe uses four ingredients. It’s simple to throw together in the morning so you can come home to a satisfying meal in the evening.

slowly cooking ingredients inside a ceramic or porcelain pot surrounded by metal and heated electrically.

Irving Naxon invented the slow cooker after hearing his mother’s stories of growing up in Lithuania and the “cholent” or bean soup. Tamara Kaslovski Nachumsohn had to lug the uncooked ingredients to the bakery.

There, the ingredients would sit in the oven. Over the course of the night, the oven would slowly cool. During that long process, the dish would cook over Shabbat.

She would then pick up the cooked dish for the family to eat that night.

It was quite a process. But the idea planted a seed…

…this inventor’s mind made a plan. 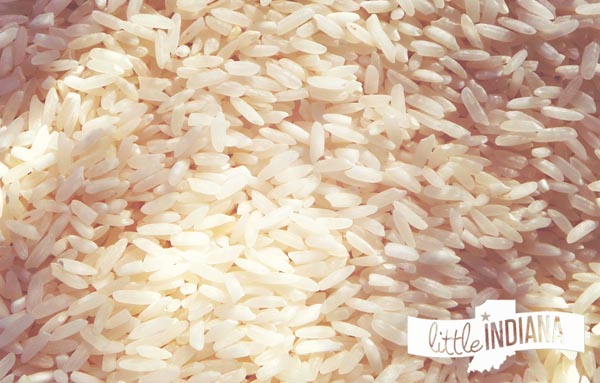 This recipe for Slow Cooker Italian Chicken is great with rice. We discovered it’s also delicious spooned over mashed potatoes.

On May 21, 1936, Irving Naxon applied for the patent for what would become known as a slow cooker. It would be a few years before his request would receive approval, but it finally happened in January of 1940.

The Naxon Beanery was available in the 1950s. He sold it to luncheonettes and coffee shops where it was used for soups and chili. But not in their home. In the Naxon household, it was used for a variety of dishes.

If only Irving Naxon had realized its potential. After retiring, CNet shares that Naxon sold the company in the 1970s to Rival Manufacturing where, in 1972, they trademarked the name and released the new and improved Crock-Pot. He opted for a lump sum rather than royalties.

Interestingly, he was not a person short of ideas. Irving Naxon had 200 patents behind his name.

Now, few homes are without a slow cooker:

With the economic climate and a new push for folks to find new ways to save money, I have a feeling that that number has grown.

I have used a slow cooker since I was a young, single gal. After working all day, I loved coming back to something already finished. Now, I use it for my family.

What’s more–I own more than one slow cooker. I have slow cookers similar to the following models below (affiliate link, clicking the link results in a small commission that helps keep this massive site running).


Slow cookers are so popular, a month has been dedicated to them. Did you know that January is National Slow Cooker Month?

If you aren’t interested in Indiana travel, you can easily subscribe ONLY to recipe posts. Simply click on the Recipe category and look for the RSS icon located to the right of the word “Recipe” in the bold-faced text. Enter your email and receive instant recipe updates like this one.

We love this Slow Cooker Italian Chicken and Rice recipe.

From Stick a Fork in it Blog. 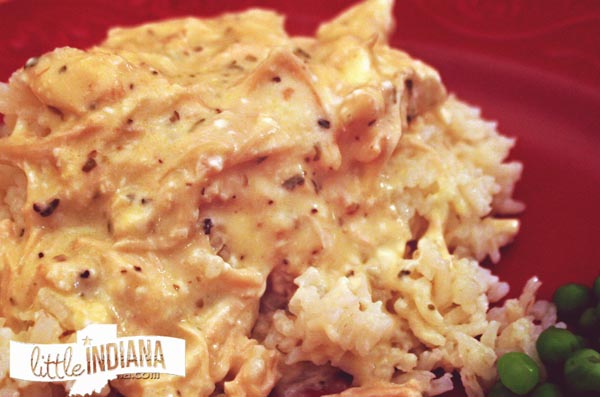 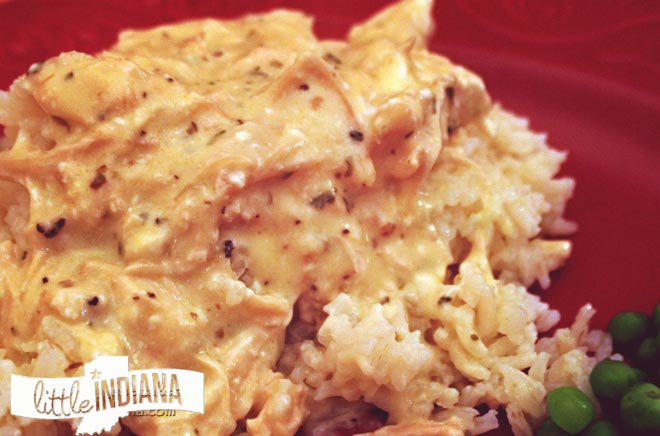 See how easy this recipe is to make? I add 1/2 Cup of HOT Water to the mix when I am using Frozen Chicken. If you want more great slow cooker recipes, be sure to browse around right here on Little Indiana.

6.0.4
http://littleindiana.com/2012/02/slow-cooker-chicken-rice-recipe/
Photos are the Property of little Indiana. Do Not Use Without Permission.

I don’t like to include cream cheese at the beginning of the cook cycle. I wait until the last thirty minutes, add it in, stir, let it cook for the full thirty minutes, then I stir it again to fully combine the ingredients, and serve it.

Want to save a couple of bucks? I use a homemade Italian dressing seasoning mix. I like being able to control what goes into this chicken recipe. The fact that it this seasoning mix is fast and cheap to make doesn’t hurt either.

Serve your slow cooker Italian chicken with rice, a vegetable or other side, and dinner is done.


Editor’s Note: This post was originally published in February 2012 and has been updated for comprehensiveness.