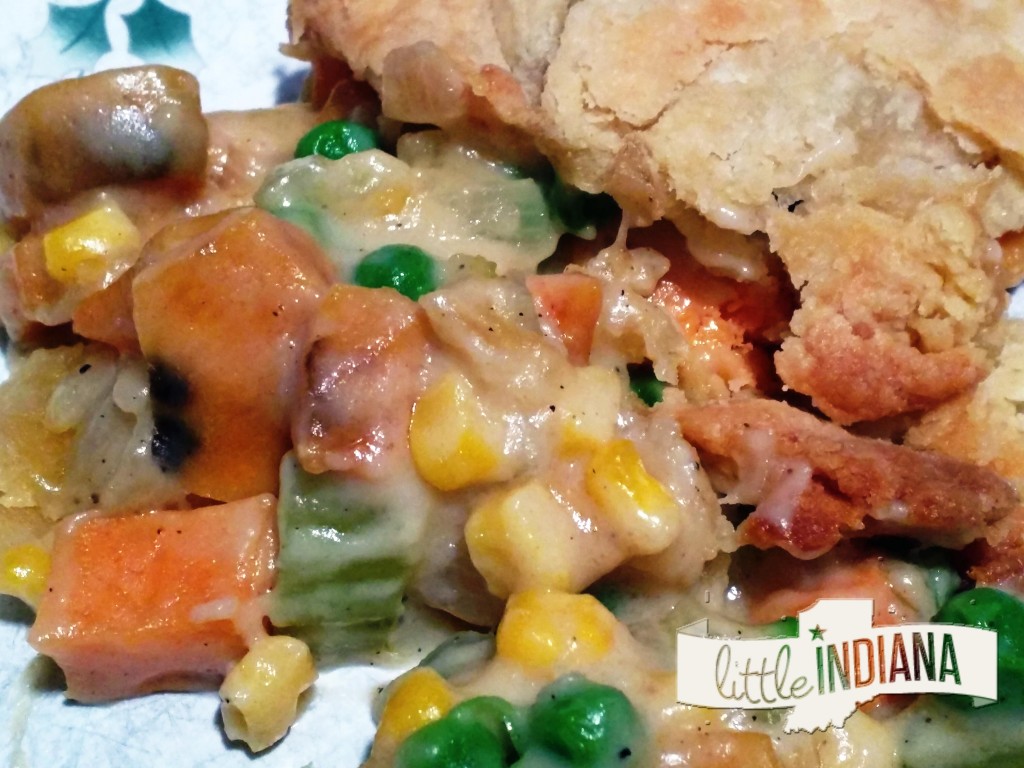 Whenever I ask the kids what they want for dinner, it’s almost guaranteed that homemade chicken potpie is going to be listed, usually along with pretzel hot dogs and lasagna. It doesn’t matter if it’s 100* outside or -20. They can’t seem to get enough of the humble pot pie.

While it’s something we all enjoy, I don’t like to get in a recipe rut, and making the same pot pie recipe for years can get a little boring. Fortunately, I came across this amazing recipe for sweet potato pot pie. It sounded so good that I kid you not, I immediately began to make a grocery list.

Sweet potatoes are the main star here. The rest of the ingredients sounded like a great combination: corn, peas, onions, a little garlic, a little celery, and a combination of seasonings I would never think to use in a pot pie: nutmeg and sage. They are the perfect finishing touch. 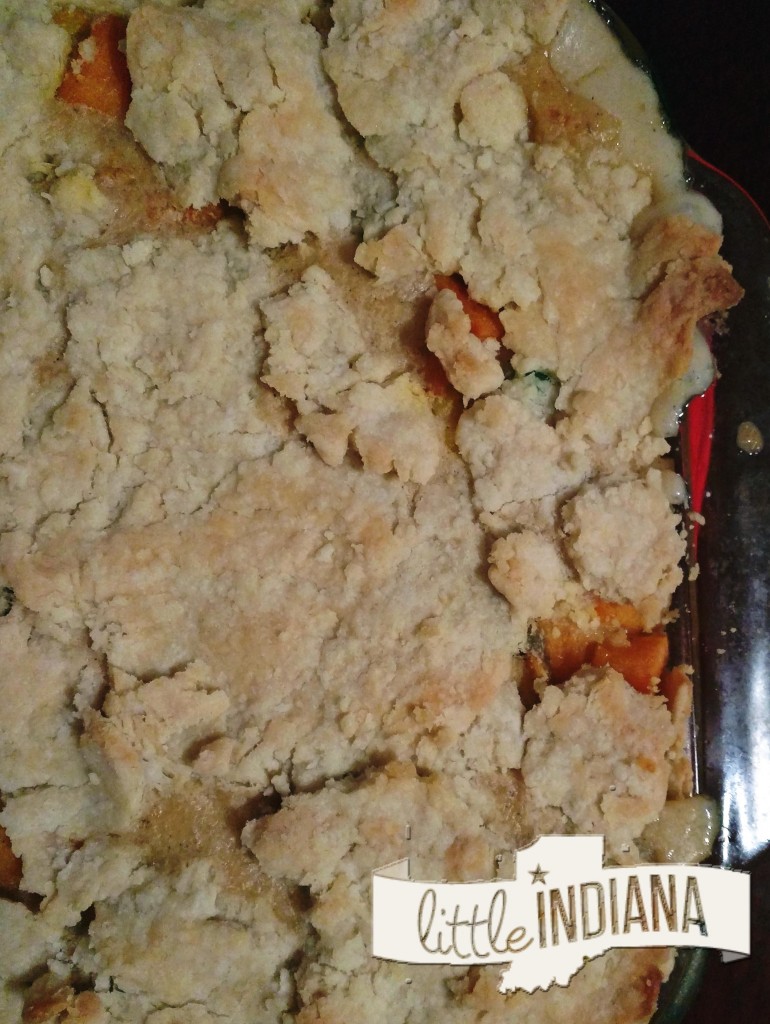 Eye-appealing and tasty, warm up your family with the comforting goodness of sweet potato pot pie

Our love for pot pies isn’t a new one. Either is the history of the pot pie. Did you know that pot pies were a popular item even back in Roman times? Of course, I’m not including any live birds to fly out during the meal, like the Romans did, as the Smithsonian Magazine shared.

It turns out that that old nursery rhyme “four and twenty blackbirds baked in a pie” isn’t a bunch of gibberish. Birds weren’t the only critters included in pies. Live toads, rabbits, and other small animals might also be released, and in some cases, even dwarfs, who would then serve to entertain the guests.

While today’s pot pies, at least in the United States, don’t feature any of that, they did play an important part in the life of early settlers and pioneers. Both groups relied on pot pies for their ability to feed more mouths, with few ingredients.

Americans, however, can’t exactly claim this invention. Pot pies and their variations are found all over the world. Everyone, everywhere, seems to have their own version, based on the ingredients seasonally found around them. It sounds like a great way to make use of your Indiana farmers market, so you can get local foods when you need them.

Think Greek: spanakopita is basically spinach wrapped in a pastry. Spanish empanadas, Canadian’s tourtiere, Cornish pasty, and 16th century Britons venison pie are all different versions of a similar main idea. No matter what country you are in, there is sure to be some sort of version of our beloved chicken pot pie. Whether it is hand-held, or in pie form, it’s comfort food no matter where you roam.

From desserts to more savory items, like the pot pie recipe I’m sharing here, I am so impressed by this (affiliate link)Back in the Day Bakery Made with Love: More than 100 Recipes and Make-It-Yourself Projects to Create and Share

. I have plenty of items earmarked and on my “must make” list. I can’t wait to try other recipes from this book.

Why not? With its savory filling, crust that fills up diners without extra work, and a budget stretcher, it’s no wonder it is so popular the world over. For our family, now located in central Indiana, it’s also a hit. Our boys are seven and eleven. They both declared it to be so good, they were not only thrilled about leftovers two days later, but they wanted it to be something we have at least once a month.

My husband and I can’t help but agree. Nothing smells more homey and comforting than when this recipe for sweet potato pot pie is baking. If you, unlike me, can remember to do the egg wash, it will also come out golden brown and beautiful. If you forget, it will still look good, it will just bake up on the pale side.

If you are also big on sweet potatoes and are ready for something different than the same chicken pot pie you always serve, give this one a try. I am sure your family will love it as much as ours did.

The original recipe is meant to be served in six individual oven-proof bowls. That's not practical for a family of four. Instead, I began by making my favorite pie crust recipe for a double crust pie.

I layered in one crust in the bottom of a small 9 x 9 baking dish, filled it, then topped it with the final crust. I completely forgot about the egg wash. It would have produced the golden brown color.